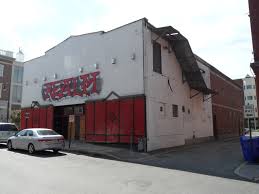 The Manchester Development Corporation is looking for a business to renovate and operate the former Rex Theatre on Amherst Street in downtown Manchester.  After purchasing the building last month, the M D C hopes that it will be transformed into a facility for live theater, music and community events, or some other type of venue with a vision that would revitalize the building and the surrounding neighborhood in the heart of Manchester’s downtown.  The application process requires a detailed plan for the redevelopment and future use of the building.  To read the complete proposal requirements, visit the news read page where we have linked to the document.  All applicants must submit their proposals to the Manchester Economic Development Office at One City Hall Plaza by four p.m. on Tuesday, March 15.  Any questions about this request for proposals or requests to see the theater should be directed to Economic Development Director Will Craig at w craig at manchester n h dot gov.

GPD: Will participate in Drug Take Back Day

The Goffstown Police Department announced it will participate in the National Drug Take Back Day.  The event is scheduled for Saturday, April 30th from 10 to 2.  This is the eleventh nationwide, one day collaborative drug take-back initiative effort to remove potentially dangerous controlled substances from homes.  This national initiative provides an opportunity for the public to surrender pharmaceutical controlled substances and other medications to law enforcement for disposal.  Any members of the public with expired, unused or unwanted controlled substances are encouraged to bring the medications into Goffstown Police Headquarters at 326 Mast Road.  Needles and liquids will NOT be accepted.  The service is free and anonymous.  No questions will be asked.  Usual methods for disposing of unused medicines by either flushing them or throwing them away pose potential safety and health hazards.  Keeping the pharmaceutical drugs in the home is also a risk to health and safety.  For more information about this initiative, contact Detective Jason Ouellette at 4 9 7 4 8 5 8. 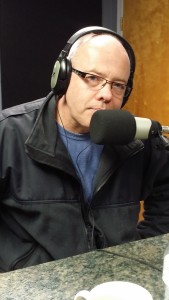 Willard: Looking for clues in murder of 3 week old.

New Hampshire Attorney General Joseph A. Foster and Manchester Police Chief Nick Willard have announced the possibility of new information from the death of a 3-week old infant.  The Manchester Police Department is currently investigating a situation that happened last October 30th, when officers were called to Apartment 5 at 341 Kimball Street to check on the residents of the apartment.  The officers discovered 3-week-old Eleoaine Sanchez dead inside a bedroom inside her mother’s apartment.  Sanchez had been living at the apartment with her mother, thirty year old Stephanie Camelo.  Investigators believe that neighbors inside 341 Kimball Street, and in the nearby buildings, may have relevant information about their observations of Apartment 5’s residents between October and November of last year.  The department asks that anyone with any information relevant to this investigation contact the Juvenile Investigative Unit at 6 6 8 8 7 1 1.  People may also anonymously contact the Manchester Crimeline at 6 2 4 4 0 4 0 or leave a tip at manchester crimeline dot org.