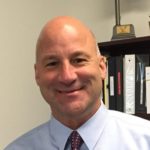 The Bedford and Goffstown police departments have joined together in a partnership with Hope for New Hampshire Recovery, Phoenix House New England and The Farnum Center to establish a referral program for persons encountered by either department who are suffering with an addiction disorder.  With this new program, officers from both departments will be trained to identify people that come to their attention suffering with an addiction to determine if they are in need of treatment.  According to a statement issued by Bedford Police Chief John Bryfonski and Goffstown Police Chief Robert Browne, those identified by either department will be referred to Hope for New Hampshire Recovery who will, in turn, refer them to their treatment partners.  The chiefs said the program is a fresh start to dealing with the tide of addiction and were hopeful their efforts to link law enforcement with treatment and recovery would fill gaps they said exist between the two.

Mischievous things are afoot at the Pembroke School Board, which held a meeting that surprised a lot of folks in town last night.  You may recall they adjourned last week’s regularly scheduled meeting rather than let Pembroke Academy parent David Pearl speak during their public input session and attempted to have police remove him from the premises for trying to do so.

In an interview with Girard at Large last night, Pearl said he was alerted to the meeting after it started at six P M.  Pearl said that he had been in regular contact with other parents who were monitoring the district to see whether or not a special meeting would be called given last week’s adjournment or whether or not they would wait for their regular meeting on June fourteenth.  Pearl quoted one parent he spoke with as saying she called the district on Thursday to inquire if another meeting had been set for the coming week and was told by Co-Superintendent Dr. Gail Paludi that no meeting had been set.  Given the state’s Right to Know Law and the holiday, the meeting would have had to have been posted on Thursday.  At this time, we have been unable to determine the meeting, which started a half hour before their meetings normally start, was properly posted. 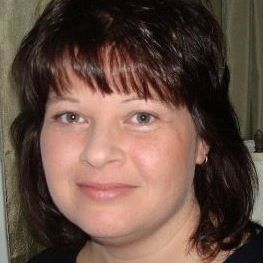 At the meeting, the board finally allowed Pearl to read the email exchange he had with Co-Superintendent Patty Sherman, but was ignored when asked what the board would do to correct the misinformation sent to parents about why they were not notified of Dean of Students Rekha Luther’s arrest on school grounds for possession of heroin and anabolic steroids.  Sherman sent a letter home saying the state’s Right to Know Law and federal statutes prevented them from disclosing the arrest because it would violate her privacy rights.  Sherman admitted the statement to parents was false in the emails she exchanged with Pearl.

Provided by Pembroke to prevent parlance

The board also refused to provide Pearl with copies of policy documents they were discussing.  The policies in question, all of which were passed, involved “agenda preparation,” “public participation and citizens comments at board meetings,” “public complaints” and “public complaints about personnel.”  Girard at Large could find no documentation about the proposed policies online.

The Most Reverend Peter A. Libasci Bishop of Manchester ordained reverend misters David Harris and Matthew Schultz to the transitional diaconate in ceremonies at St. Joseph Cathedral in Manchester on Saturday.  Libasci said it was a joyous moment for the Catholic Church in New Hampshire and blessed the two men on the next step in their journeys to become priests.  Harris hails from St. Theresa’s Parish in Rye Beach.  Schultz comes from St. Patrick’s Parish in Nashua.  Both are entering their fourth year of Theology at Saint John’s Seminary in Brighton, Massachusetts.

Judith Ashworth, a chemistry teacher at Memorial High School, is this year’s recipient of the Theodore William Richards Award for Excellence in Teaching Secondary School Chemistry.  Ashworth was recognized as a teacher who, through innovation and dedication, has inspired potential chemists, has communicated chemistry to non-chemists, or has influenced other teachers of chemistry.  She is completing her twenty-seventh year of teaching in the Manchester School District and is happy to be teaching at her alma mater, across the street from which she grew up!  As part of her award, Ashworth also received a one-thousand five-hundred dollar prize.  She was also the chemistry teacher of our very own reporter, Melanie Friese, Memorial Class of 2012. 🙂 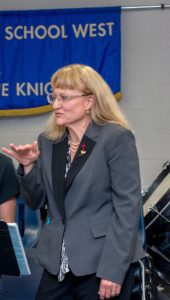 The New Hampshire Band Directors Association named West High School Band Director Diane Francoeur this year’s Outstanding Band Director.  The award is presented to an individual who has demonstrated an exceptionally high level of competence as a band director and developed a comprehensive band program, which has contributed educationally to the school and provided service to their community.  Last year, Francoeur was selected by the New Hampshire Music Educators Association as the state’s Distinguished Music Educator of the Year.  She has been with Manchester School District for twenty-four years, eleven of those years at West.

The town of Beford is holding a P F O A public information meeting on Thursday, June second at six thirty at the McKelvie Intermediate School.  That’s tomorrow.  All Bedford residents with private wells within the one point five mile study area around Saint-Gobain, including Green Meadow Lane, Back River Rd., south of Smith Rd. and Hemlock Dr., and residents in the half mile study area around the Merrimack landfill, including Amber Lane, Dublin Ct., Powers Circle and Beals Rd., as well as anyone else with P F O A contamination concerns are encouraged to attend this meeting.  This issue does not affect residents in other parts of Bedford that area serviced by the Pennichuck or Manchester water works.

Speaking of water, a water main break at the corner of Elm and Webster streets detoured traffic for hours and deprived about two dozen properties of water, yesterday.  Manchester Water Works crews were scheduled to work overnight to replace the broken main, so things should be back to normal this morning.