John Giotas, a retired teacher who taught math at Hillside in Manchester, was sworn in yesterday as the District Six Town Councilor in Hooksett.  A forty year resident of the town, Giotas was the only applicant for the position which nobody ran for in May’s election.  Giotas will now represent the neighborhoods in southwest Hooksett along the Manchester border.  Because the seat is filled by an appointee of the Town Council, it will be back on the ballot next year.

The town of Auburn has announced that it has listed the property containing its former fire and police station on Raymond Road.  Susan Tillery of Keller Williams Metropolitan in Hooksett will handle the listing.  After several years of discussion, voters approved selling the property in March.  The departments moved out of the building to the new Safety Complex on Eaton Hill Road in 2000.  The property has been used as a storage facility since.  We’ve linked to the listing in case you’re interested.

Auburn, by the way has followed Manchester’s lead and begun a Safe Stations program.  It will be a joint effort between the town’s Police and Fire departments as Auburn still has an all volunteer Fire Department.  What this means for those suffering with addiction is they can go to the town’s police station and be referred to the necessary medical, treatment and recovery services. 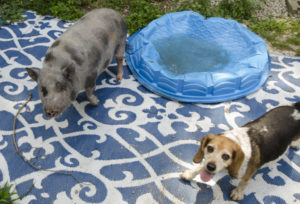 The Manchester Fire Department got more than it bargained for when it arrived to battle a fire on Patricia Lane in the city’s North End.  Upon arrival a woman was re-entering the house to rescue animals.  She quickly succumbed to smoke inhalation and collapsed.  Inside the house, however was more than twenty animals of all kinds, including cats, dogs, birds, even a pig.  The house was squalid, forcing firefighters to wear protective gear as they removed animals from the premises with the assistance of police animal control officers.  The Health Department was called in and condemned the house as uninhabitable.  According to photojournalist Jeffrey Hastings, neighbors said there were several litters of puppies and the owners were running an illegal doggy day care on the premises. 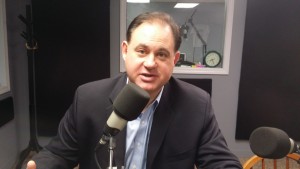 The abortion lobby opposes any restriction on abortion, including reasonable health and safety measures to protect the lives of mothers and their babies, who survive late-term procedures.  That’s because for providers like Planned Parenthood, abortion is big business, thanks to $500 million of taxpayer money each year.  In California, abortion coverage is mandatory.  Obamacare subsidizes it in many states.  At least one hospital forced an employee to participate in an abortion.  One needn’t be a nun to understand that conscientious objectors deserve the First Amendment’s full protection.  Religious discrimination is as wrong as any other.

Guinta voted against federal funding of Planned Parenthood, pending a House investigation of videos showing executives negotiating the sale of fetal organs.  The Conscience Protection Act of 2016 passed the House by a vote of 2 4 5-1 8 2.

G O P gubernatorial candidate Executive Councilor Chris Sununu says he has a plan to grow the state’s economy.  He made the announcement yesterday.  Among the highlights, Sununu said the state needed to create a business friendly climate and suggested reorganizing the Office of Economic Development, reducing and simplifying business taxes, no new rules and regulations, and attracting new businesses.  He said he’d visit one hundred businesses in his first one hundred days in office.

As governor, Sununu said he’d look to reduce health care costs, support Right to Work and invest in “workforce readiness” by helping students “who graduate from New Hampshire colleges” reduce their debt if they stay in state and work in jobs that are in high demand, such as nurses, recovery clinicians or teachers.  He said he’d promote community colleges, incentivize technical schools and said the state had to provide career training in substance abuse recovery.