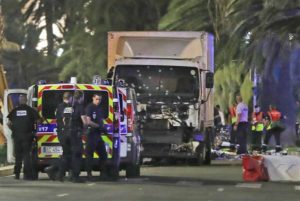 Rich talked about the most recent terrorist attack, which took place in Nice, France last night.  He pointed out terminology used by US Government officials and compared it to what was said by the President of France.  Finally, he got the point across that drastic measures are becoming necessary to combat the growing level of terrorism in the world.