Libasci: A call to prayer, fasting and repentance

The Most Reverend Peter A. Libasci, Bishop of Manchester, yesterday, issued a call for Catholics to engage in prayer and perform acts of repentance in response to the ongoing violence here in the U.S. and worldwide.

The current civil unrest in our country, the acts of unspeakable violence in Orlando, Dallas, Baton Rouge, and in Nice, France, the violence and political instability in Turkey, and the ongoing suffering in the Middle East—all are clear expressions of a rampant evil in our time.  We, as individual Catholics as well as the Church as a whole, must do more.

religious leaders of all persuasions and all people of good will to join Catholics in solidarity as a visible sign of hope in our world.

We have linked to the full text of Libasci’s letter from this news read at Girard at Large dot com. 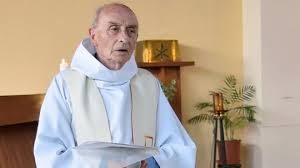 Libasci’s announcement came on the same day a priest was murdered by ISIS terrorists in Normandy, France while celebrating Holy Mass.  Father Jacques Hamel had his throat slit after being forced to his knees by two terrorists who stormed the church.  The terrorists also slit another person’s throat and took hostages before being shot and killed by police. 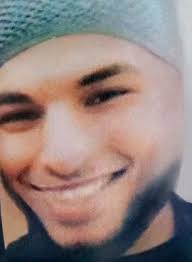 The priest’s slayer was nineteen year old Adel Kermiche’s, an Algerian immigrant.  According to published news reports, Kermiche was twice caught trying to join ISIS fighters in Syria and returned to France by German and Turkish authorities.  He was under police surveillance, but French authorities declined the family’s request to have a monitoring bracelet attached to his ankle.  His mother is quoted as saying her son said that quote:

“[Muslims] couldn’t exercise their religion peacefully in France.  He spoke with words that didn’t belong to him.  He was under a spell, like a cult.”

That attack comes on the heels of yet another terror attack in Ansbach, Germany.  On Sunday night, a yet to be named twenty seven year old Syrian refugee wounded fifteen people outside a German concert hall when he detonated an explosive vest he was wearing.  Investigators found an Arabic language video on his phone pledging allegiance to ISIS and threatening an attack against Germans in the name of Allah quote “as revenge for their obstruction of Islam.” 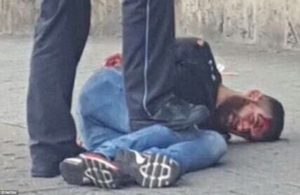 That attack came the same day a machete wielding Syrian refugee killed a pregnant woman and wounded two others in Reutlingen, Germany.  Police are still looking for a motive for that crime committed by a twenty two year old man whose rampage was stopped by the driver of a B M W who hit him with the car to stop him.

As a result of the multiple terror attacks in Germany, officials are actually considering their military in country as the concerns grows about Islamic terror.  All but one of the recent terror attacks in German have been in the state of Bavaria, which is the entry point for the massive number of Syrian and other Middle Eastern refugees.  The Bavarian prime minister is now calling for tighter immigration controls. 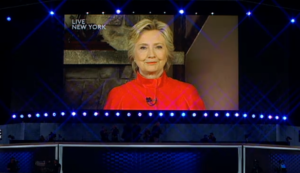 Dem convention:  No mention of terror

Meanwhile, as the Democratic Party highlighted Hillary Clinton’s tenure as Secretary of State at its convention last night, it made few if any mentions of Islamic terror, though it did circle the wagons around the women’s vote and defiantly declared it would fight to the death over a woman’s right to kill her unborn child all while proclaiming the need to take in more immigrants and refugees who, of course, are just in search of a better life.

The town of Merrimack is seeking applicants to serve on the Town Council until the election in April to fill the vacancy left by the resignation of Councilor Jody Vaillancourt.  The council is the town’s governing board and is made up of seven members who are elected at large for three a three year term.

The council currently meets on the second and fourth Thursday evenings of every month and when necessary.  Qualifications include being a registered voter, having been domiciled in town for at least one year, knowledge of the community, ability to work well with others, and a willingness to devote time and effort to the duties. More information can be found in Article IV of the town’s charter.

Interested parties are asked to submit a letter of interest by 4:30 PM on Wednesday, August third.  The letter should include your qualifications, personal characteristics, length of residency, previous positions held, and experience related to this position and be sent to:  Town of Merrimack, Attn: Town Council Vacancy, 6 Baboosic Lake Road.  Interviews will be held on August eighth and ninth.  For more information on the council, please contact the Office of the Town Manager at 4 2 4 2 3 3 1.