Now for a harrowing tale from Manchester.  On Wednesday, at about 6:00 P M, police officers were called to Kenberma Street for a report of shots fired.

Officer Fleming arrived in the area of Connector Road and Brown Avenue, where he was approached by twenty eight year old Shane Blanchard old of Manchester.  Blanchard said that he was in Windham, where he witnessed a hit and run accident.  Blanchard told Fleming he was an Army medic and stopped to check on the woman involved in the accident and noticed a bumper left behind by the vehicle which fled the scene.

As Blanchard resumed traveling North on Route 9 3, he noticed a grey Honda Accord traveling in the same direction.  It was missing the front bumper and had front end damage, so he called the State Police and followed the vehicle, which exited the highway and sped away in the area of Kenberma Street.

Blanchard lost sight of the vehicle and proceeded to turn around when the Honda re-appeared and rammed his vehicle head on.  After Blanchard got out of his vehicle, the suspect drove at him, striking his door and causing him to slide over the hood of the suspect’s car cracking the windshield.

Blanchard engaged the driver, holding a firearm at his waist.  Blanchard said a struggle took place and suspect grabbed the firearm and tried to pull him into the Honda.  At that time, the gun discharged one round into the car.  The suspect vehicle fled the area.  Manchester Police continue to search for the suspect and Honda.  So, be on the look out for a heavily damaged grey Honda Accord and call Manchester Police at 6 6 8 8 7 1 1 if you see it.  Obviously, the guy is dangerous.

The Manchester School District is looking to enhance its pool of substitute faculty and staff.  Substitutes for classroom teachers and paraprofessionals are needed regularly to cover absences, but school districts regionally and across the country are experiencing a shortage of subs.  Many subs are retired teachers or educators who choose not to work full-time because they want the ability to customize their schedules.

A degree is not required, but people who have earned at least 4 8 college credits and desire to be a positive role model for students may qualify to be substitutes in Manchester.  For those who wish to be full-time educators, substitute teaching is a great way to make contacts and get to know the schools.  The pay rate for substitute teachers is seventy dollars per day and ten dollars per hour for paraprofessionals, also known as teacher aides.  If interested, please email Pam Naum at p naum at m a n s d dot org to ask for an application packet.  Applicants will be contacted for an interview.

There were some items of note from Wednesday’s meeting of the Manchester Board of School Committee that we’ll touch on this morning.  The board put to rest the question of whether or not it would increase funding for City Year, an organization that places AmeriCorps workers in schools to provide their staffs with extra eyes and ears to help relate to and connect with the kids.  At issue was a the use of a onetime grant of two hundred thousand dollars.  The item was tabled in the Committee on Curriculum and Instruction several months ago when members, concerned with the use of one time funds for an operating expense, sought answers to questions about possible other uses for the money.

Critics of the funding increase said the program had grown much larger than originally anticipated without board approval and they objected to increasing funding to support the program at the level to which it had grown.  Supporters said that City Year shouldn’t be blamed for district administrators’ failures to bring changes to the board for its input and approval.  In the end, at-Large member Rich Girard moved to approve the additional funds, saying he would bring City Year before the sub-Committee on Finance, which he chairs, in October or November to open discussion on the program’s future, including for next year’s budget.  The motion passed on a ten to four vote, with Ward Six’s Dan Bergeron absent and not voting.

The Board also rebuffed an attempt by Ward Twelve Member Connie Van Houten to change the board’s rules governing the appointment of special committees.  Van Houten has complained repeatedly and bitterly that she hasn’t been appointed by Vice-Chairman Arthur Beaudry to any special committees, which include a three member committee for negotiations and two five member committees, one for redistricting and one finding a new superintendent, both of which she voted against establishing.  She’s accused Beaudry of a personal vendetta because she ran against him for chairman, wrongly charging him with only appointing people who voted for him to be on the special committees. 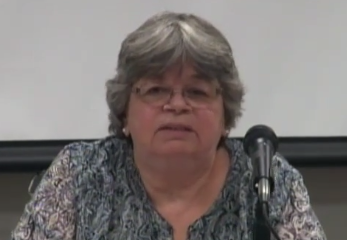 The rule change would require that every board member be on a special committee or at least be asked to be on a special committee before any board member could be appointed to a second special committee.  Despite making a personal plea for support and suggesting she would step down if the motion failed, saying she would consider it a vote of no confidence in her, the board rejected the rule change on a seven to six vote, with one absent and one abstention.  Voting against the motion were at-Large member Rich Girard, Deb Langton of Ward 2, Mary Georges of Ward 3, Lisa Freeman of Ward 5, Beaudry of Ward 9, John Avard of Ward Ten and Mayor Ted Gatsas.  Ward 6’s Dan Bergeron was absent and Ward 7’s Ross Terrio abstained, despite speaking against the motion because it was rooted in personal motivations.

The Auburn Police Department announced it will be conducting range training today from approx 10 to 2 in the area of Dearborn Rd.

The Constitutional Convention in Philadelphia approved the U S Constitution 2 2 9 years ago today.