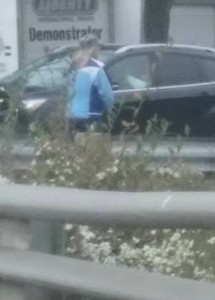 The Manchester Police Department issued several citations over the weekend to panhandlers at various locations, including trouble spots along South Willow Street in response to citizen complaints and safety concerns.  Panhandling is not a crime, but the actions surrounding it can cause disruption in traffic (which is a violation) and create safety issues.  These safety concerns have been heightened with the increased traffic of the holiday shopping season.  The officers located numerous people panhandling in the area of South Willow Street and issued eight summonses to seven different people for Disorderly Conduct, which is a violation level offense that does not result in arrest. 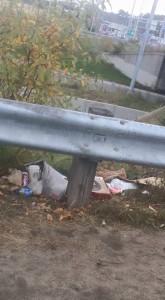 The mess panhandlers leave behind.

The officers spoke to each violator and advised them of the many services within the Queen City to help them during their time of need. They directed them toward food assistance at the New Horizons Soup Kitchen and 1269 Café. They also advised them of Hope for New Hampshire Recovery, a non-profit geared towards helping those who suffer from addiction.

The Manchester Police Department said it recognizes the good intentions of motorists who want to help. However, in an effort to discourage panhandling at busy intersections and other areas of the city, they’re asking motorists to make donations to the many charitable organizations that exist to help people in need and not to give money or anything else to the panhandlers.

Candia Road Brewery: A reason Manchester one of the Best Beer Cities

According to Livability dot com, Manchester is one of the top ninety nine best cities with the best beers.  Yes, the Queen City made it onto their Best Beers in Great Cities list!

As with brewing, Livability says there’s some craft alongside the science of their list-making process.  They wanted places that fit three criteria:  They are good places to live, they are consumers of craft beer and they are producers of the best beer around.  Livability also had a couple of additional requirements:  A town had to have at least two breweries, and they chose no more than three cities per state to give us the best nationwide coverage for hop-heads.  They say they also tried to have as many beers as possible be available in a well-stocked liquor store near you.

Venues in the city included Candia Road Brewing Co. and Milly’s Tavern.  They even threw in White Birch Brewing in Hooksett for good measure.  We’ve linked to the article which saw fit to single out a beer from Milly’s, which happens to be one of our very favorite.  Be sure to check it out!

Trump:  No more Muslims until…

G O P presidential candidate Donald J. Trump is quote “calling for a total and complete shutdown of Muslims entering the United States until our country’s representatives can figure out what is going on.”  In a statement released yesterday, Trump cited polling showing there is “great hatred towards Americans by large segments of the Muslim population.”  The statement sites a recent poll from the Center for Security Policy showing “25% of those polled agreed that violence against Americans here in the United States is justified as a part of the global jihad” and 51% of those polled “agreed that Muslims in America should have the choice of being governed according to Shariah.” Trump’s statement said Shariah authorizes such atrocities as murder against non-believers who won’t convert, beheadings and more unthinkable acts that pose great harm to Americans, especially women.

Trump stated, “Without looking at the various polling data, it is obvious to anybody the hatred is beyond comprehension.  Where this hatred comes from and why we will have to determine.  Until we are able to determine and understand this problem and the dangerous threat it poses, our country cannot be the victims of horrendous attacks by people that believe only in Jihad, and have no sense of reason or respect for human life.”

Kasich: Trump unworthy to be President

Reaction to Trump’s statements was interesting, as always.  Ohio Gov. John Kasich, whose super-PAC has targeted Trump with a two and a half million dollar media buy, issued a one sentence response saying quote “This is just more of the outrageous divisiveness that characterizes his every breath and another reason why he is entirely unsuited to lead the United States.”

Even Democratic presidential candidate Vermont Senator Bernie Sanders got in on the act, saying Trump quote “wants us to hate all Muslims.” 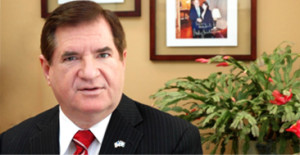 Meanwhile, Trump supporters, led by Amherst State Rep. Stephen Stepanek, have called on N H G O P Chair Jennifer Horn to resign accusing her of violating the neutrality party officials are supposed to have in the primary.  Stepanek complained that she’s made multiple negative comments about Trump and is seeking the petition signatures necessary to force a meeting of the party’s Executive Committee at which he will attempt to remove Horn from the chairmanship.