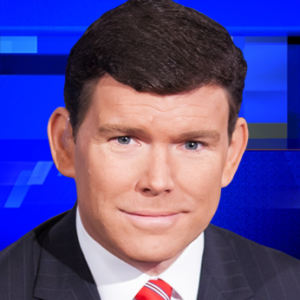 Two sources with “intimate knowledge” of the F B I’s investigations into Hillary Clinton’s emails and Clinton Foundation leaked new information about both of the probes to Fox News on  Wednesday. The sources say that the latter investigation has been going on for more than a year and is being led by the white-collar crime division of the F B I.  They also say that the Clinton Foundation “pay to play” probe has taken a “very high priority,” and the FBI has re-interviewed multiple individuals involved in the case.  The sources told Bret Baier of Special Report on Fox News that their investigation will likely to lead to an indictment.

The independent, nonpartisan poll by the U Mass Lowell Center for Public Opinion surveyed 901  registered voters and 695 likely voters via live land-line and cell phone interviews between Oct. 28 and Nov. 2.

As reported in the poll, quote:

The FBI’s investigation into Clinton’s emails appears to have affected New Hampshire voters. While Democrats are unmoved and Clinton’s standing remained steady from three weeks ago to today, the scandal appears to have sent Republicans home to the Republican candidate.  Libertarian Gary Johnson, who was polling at 9 percent in early October, now sits at just 5 percent and Donald Trump is the major beneficiary of that drop.

The poll also asked likely New Hampshire voters how they will vote in the races for U. S. Senate and governor.

The senate race remains too close to call with incumbent Republican Sen. Kelly Ayotte behind Democratic Governor Margaret Wood Hassan by just one point, 46 percent to 47 percent.  Libertarian Brian Chabot is at 4 percent and only 3 percent of likely voters said they are undecided.  While the presidential campaign might affect the outcome of this race, the poll shows Trump has gained support while Ayotte has not.

In the governor’s race, Republican Chris Sununu is up 4 points over Democrat Colin Van Ostern, 47 to 43 percent.  Libertarian Max Abramson has 5 percent.  Sununu is winning among independents, 38 to 34 percent.

We’ve linked to information on the poll methodology, as well as detailed polling data, from this news read at Girard at Large dot com.

The annual Ste. Marie Holiday Fair is tomorrow from 9-3 in Montminy Hall.  In addition to nearly fifty crafters, there are dozens of fabulous raffle items, worth over five thousand dollars, up for grabs as well as a homemade breakfast and lunch café where you can get breakfast and lunch to go. The Pinardville Lions Club will have a lottery ticket tree for raffle there as well!  Come pick a pearl from an oyster and purchase a locket to put it in. The first one hundred people get a stylus pen and free appetizer card from Longhorn rest.  Ste. Marie Parish is located at 3 7 8 Notre Dame Ave. on Manchester’s West Side.

The Bedford Police Dept Community Policing Division is conducting a canned food drive to benefit the Bedford Community Food Pantry.  Now through Nov 18th, the department will be collecting non-perishable food at the Safety Complex.  You’re invited to leave donations in the boxes in their outer lobby 24 / 7.  Help them fill plates in Bedford this holiday season!

The Derry Public Works Department announced the mainline water main is fully installed and tested on Frost and Lawrence roads as are all water services to the edge of the Right Of Way.  Base course paving is complete on Frost and has begun on Lawrence.  The mainline water main has also been installed on Stark Road to just beyond Lampton Drive.  Ledge blasting is almost complete on Blunt Drive.

The department said their goal is to complete all water services to the edge of the R O W on Stark down to Lampton and to complete the water main on Blunt this year, including base course paving in all areas of work.  Next year, construction will continue along Route 28 from Berry Road to the Metro Plaza and along Stark from Lampton to Gervaise Drive including the interconnection with the Woodlands Community Water System. The projected substantial completion date is November 15th of next year.