Inside Education: Like a Plane Being Assembled While in Flight 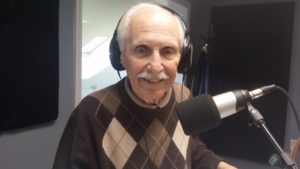 That is the way Fred Bramante, Sid’s guest, described the amplification of Competency-Based Education (CBE).  Fred, who has been Sid’s guest a number of times continued his passionate support for CBE and its continued development while recognizing that there is a long way to go before it becomes an integral part of the educational landscape.  There are a wide variety of challenges that yet have to  be answered and among them is how teachers are prepared to assume the new roles they will have to play in the process.  One suggestion is the creation of a new position to assist teachers in placing their students in the community where they can learn new skills that are not a part of the regular school curriculum — that is off-campus internships with experts who are actively practicing their professions.  There is obviously much that is needed to fill in the gaps and “Inside Education” will be prepared to bring them to its audience.

Bullying and How It Can Be Addressed