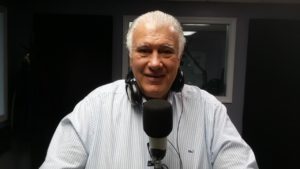 Rich was joined by Mayor Ted Gatsas for their weekly conversation.  They they discussed the following topics: