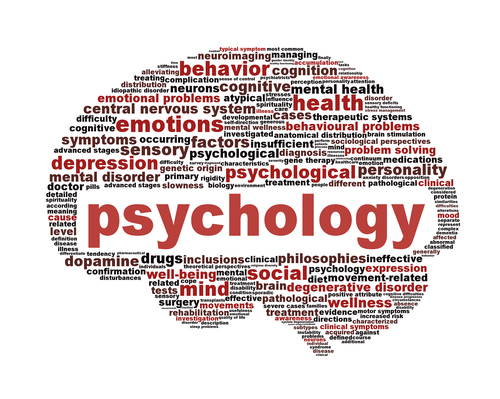 When a teacher warns you about what’s going on in her school, parents need to take notice. Yesterday I received a message from a teacher working in a New Hampshire public school. This isn’t anything new since several teachers have contacted me in the past. Normally the information they provide comes with a restriction that I cannot reveal their identity. This is the state of public education folks, and this should concern everyone.

Teachers are working in an environment that requires them to implement new reforms that they do not believe are good for students. However, if they speak out publicly they can suffer ramifications from administrators. This happened in Nashua when teachers had to go through a liaison in order to call attention to the many problems with the Smarter Balanced Assessment. Teachers were not comfortable speaking publicly about their objections to the Smarter Balanced Assessment . This in turn has caused parents across the state to examine standardized assessments and refuse to let their children participate in the testing.

The teacher who contacted me was concerned about another kind of assessment going on in her school district, the DESSA. Her message to me was:  Hi Ann Marie, I’m concerned about student data storage in social emotional tracking software such as DESSA. What do you know about this type of data collection?

Right away I became alarmed. I knew that there was a political agenda to collect this kind of social and emotional data on children, but this was the first time a teacher in New Hampshire confirmed the data was being collected and provided the details. Not only was the data being collected on students in her district, she went on to confirm that parents didn’t know and never gave their consent.

Why the need to assess social and emotional skills in children? Some people will tell you that this is needed in order to help the “students at risk.” But this is exactly what many parents do not want schools to assess.   HIPPA protects the medical privacy but it appears as if your child’s personal information is up for grabs. If you’re not paying attention, you will never know where it goes and who sees it.

How can a school district collect data without parental permission if the same could not be done by a medical institution governed by the HIPPA law?

New Hampshires schools are conducting psychological evaluations on children and they are not asking for parental consent.   After a phone conversation with Marc Kirsch, a sales representative for the software company, he confirmed that this data is held in their cloud but owned by the school district. Your child’s attitudes, behaviors and values will now be scored. If they do exhibit the proper values or behaviors there will be intervention when they rate your child.   This is to predict issues in the future and if your child lacks any of these skills, it can be an indicator of problems to come. Mr. Kirsch confirmed, this is a psychological evaluation and the teacher confirmed, you will never know it’s being recorded and stored.

Jane Robbins and Karen Effram wrote an article titled “Schools Ditch Academics For Emotional Manipulation.” They describe that under this system, “teachers become essentially therapists, and students become essentially patients.”   The federal Every Student Succeeds Act (ESSA), “requires rating schools based partly on “nonacademic” factors, which may include measures of Social and Emotional Learning (SEL). It also pours money into SEL programs, “which may include engaging or supporting families at school or at home” (i.e., home visits by bureaucrats).”

They warn how, “other provisions include training school personnel on “when and how to refer . . . children with, or at risk of, mental illness,” and “implementing programs for children who are deemed “at-risk” of academic or social problems, without ever defining “at-risk.” The entire article is an education on how the schools will now become your child’s mental health provider but according to the teacher in New Hampshire, you have no idea your child is being assessed, where the information is going and who has access to it.

Some of these efforts have been tried in the past in an effort to help students cope with difficult situations. But when you leave this in the hands of companies out to make profits that do not operate under a a code of ethics that require parental notification and consent, the ramifications could be deadly.

In this document from the New Hampshire Department of Education, you can see the the former Commissioner of Education, Virginia Barry who served under Governor Hassan, promised MORE data collection on your children. (page 31)   You might want to contact the new Commissioner, Frank Edelblut and let him know this is unacceptable.

Screening students has come under fire in the past. In 1991, David Shaffer, Professor of Child Psychiatry Columbia University and New York State Psychiatric Institute’s Division of Child & Adolescent Psychiatry invented the TeenScreen program for Columbia University to screen large numbers of high-school students to identify them at risk for suicide and refer them for treatment. However, TeenScreen is an example of how you can get more people on prescription drugs.   Dr. Marcia Angell, a medical ethics lecturer at Harvard Medical School wrote about this in her book, The Truth About Drug Companies.

“Dr. Marcia Angell of Harvard University’s School of Medicine stated that TeenScreen is another clever marketing campaign by drug companies feeding on parental fear and guilt, making them believe their child may die if they don’t hand them over to psychiatrists. The opposite may be more likely to occur. Statistics of violence and suicides in the young have risen in direct ratio, and in the same communities, to the amount of psychiatric drugs prescribed.” (http://www.cchrflorida.org/teenscreen-benevolent-or-malevolent-good-or-bad/  )

Years ago, Columbine High School began teaching students how to cope with death. Death education was supposed to help students but left in the hands of well-meaning teachers and counselors, turned out to be something that actually put kids “at risk for suicide”:

This kind of screening and intervention for children should be in the hands of licensed professionals working in the field of Child Psychology. Educators have been trained to look for potential problems and then report those problems to professionals in their field of expertise.   By maintaining treatment professionals outside the district this allows parents to monitor what is going on with their children.  These professionals are bound by HIPPA laws and a code of ethics that requires parental notification and consent.

If my child breaks an arm at school, I want to take my child to a licensed doctor that I know who will fix the break properly. I do not want this to become a money maker for someone trying to benefit financially from any emotional problems my child may be dealing with.

DESSA is there to rate students on their behaviors but then also offer intervention to improve their scores. Social awareness is one of the key competencies to ensure the students are aware and accepting of race and diversity. These software programs profit 3rd party vendors when they sell the program to your school district.  The school then collects non-academic data on your child, rates your child’s behaviors and attitudes, then makes more money by selling products to correct them.

Remember when teachers would simply use strategies to correct behavior through positive reinforcement or by assigning good books that promoted honesty and integrity in the stories?

The tech industry was given prominence in the new federal ESSA law. While this may satisfy their profit margins, the lobbyists who helped write and support ESSA shouldn’t be our concern.   This program looks like is a money maker for the DESSA creator, but is this going to improve the academic outcomes?

This is another shift away from academics to soft skills or competencies that we’ve been warning about. This is another reason for parents to remove their kids from the public schools.   Inputing sensitive data on your child’s behaviors and dispositions, will now be in the hands of individuals who will have to make a subjective analysis. This is exactly why the teacher did not want her children’s information stored in some database. Parents are concerned about data breeches, who has access to this information, if it can be used against a child in the future and that this information may never be destroyed.

Plymouth State University was awarded a grant from the Federal Government to collect identifiable information through the DESSA assessments. Personal data on students in some school districts will be given directly to PSU and parents may never be notified since the federal FERPA law was gutted during the Obama administration.

Tennessee passed legislation against collecting SEL and removed CASEL after receiving pushback from parents.  Unfortunately CASEL had already created their plan so this was just a tactic to make the people of TN think they were not collecting SEL data.  They got rid of CASEL only to bring in someone else until the public catches on then they get another group. They did this with assessments and standards too.  Notice that the DESSA is aligned with the CASEL standards.

The federal govt. is currently looking at ways to remove privacy barriers to privacy protections that are currently in place. Watch this video where Emmett McGroarty from American Principles Project as he speaks before a government panel deciding whether they should expand the amount of data collected by the Federal Government. It is not the role of the federal government to engage in personal data collection, however there are plenty of entities trying to alter this relationship between the Feds. and the citizens in order to profit off of our personal information. Does anyone remember the IRS using information to go after tea party groups?

Whether it be for profit, or used to impede a student’s future when applying to college or a job, this kind of personal data can have a devastating impact on children.   Parents need to start asking questions of teachers and administrators on what information is collected, where it goes and notify them that they are not to collect or store this kind of personal information on children. Like the flawed standardized assessments, parents are refusing to let their children participate. This is yet another attempt at gathering data on your children and in order to protect their privacy in the future, refusing these psychological evaluations is a must.