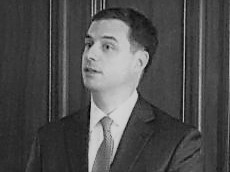 Vara: Back to the AG

Governor Christopher Sununu and Attorney General Gordon MacDonald announced that state Drug Czar James Vara, technically the Governor’s Advisor on Addiction and Behavioral Health, will serve as MacDonald’s chief of staff in the A G’s Office.  They also announced that former Manchester Police Chief David Mara, currently Portmouth’s interim police chief, will be the state’s new drug czar, still technically known as the Governor’s Advisor on Addiction and Behavioral Health.  For this to happen, Vara’s appointment must be approved by the Governor and Council, which is expected to take up the matter at its meeting on June 7th.

In making the announcement, Sununu praised Vara, who was an assistant attorney general before being named drug czar, saying he’d been an invaluable asset to the state’s efforts to address the opioid crisis.  Sununu said he was honored that Chief Mara agreed to serve, citing his thirty years of distinguished service on the front lines of law enforcement and his great communications skills.

There was quite a ruckus in a South Manchester neighborhood last night that left many residents wondering just what was going on.  Well, we have the story, of course! 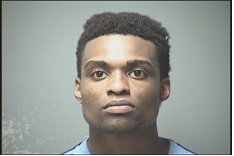 At about 7:30 Officer Derek Cataldo was on patrol in the area of Hudson and Knowlton streets when he observed a silver Honda Civic operated by twenty four year old Hollins Sylvain of Manchester, a contender for the Genius of the Year Award.  Cataldo, knowing that Sylvain’s license was suspended as an Habitual Offender, attempted to stop Sylvain, who took off a high rate of speed headed South on Knowlton St.  Cataldo discontinued pursuit given the danger of a high speed chase in a residential neighborhood, but Sylvain kept going, losing control of his vehicle and crashing at Knowlton Street’s dead-end.

Of course, the genius of the year candidate fled on foot, which brought a rather large response of additional units from the department, flooding the neighborhood.  Sylvain was eventually caught running through yards in the Somerville St. area where he was taken into custody and charged with Reckless Conduct, Criminal Mischief, Conduct After an Accident, Disobeying a Police Officer, Resisting Arrest and Operating After Suspension for being an Habiutal Offender.

The news wasn’t all bad for Sylvain, though.  He was notfied by the Genius of the Year Selection Committee that he’s this year’s winner. 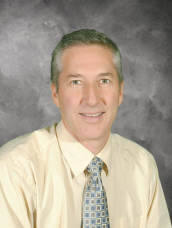 The Bedford School Board has an opening due to the resignation of  Phil Schappler.  Schappler was elected in 2 0 1 5, which means there is ten months remaining in his term.  The board plans to appoint a replacement at its meeting June 26.  Anyone interested in fulfilling the remaining term should contact Superintendent Chip McGee.  We have his contact information with this news read at Girard at Large dot com.

Letters of interest and or a resume are due by this Friday at 4:00 o’clock by mail or email.  The board will meet with select, interested parties on the evening of June twelfth.  These dates may need to change based on the board’s schedule and workload.  Those interested in learning more about the position are encouraged to contact incumbent school board members whose names and contact information have been published with this news read at Girard at Large dot com.

Parental consent: Would be required in advance

A number of bills are facing votes in the New Hampshire House of Representatives this week, including Senate Bill Forty Three, which would provide that no student shall be required to volunteer or submit to a non-academic survey or questionnaire without written consent of a parent or legal guardian.  Supporters of the bill say schools routinely ask students to complete numerous non-academic surveys and questionnaires without following current laws that require parental notification in advance, making this bill necessary.  They also say the surveys are usually part of state or federal programs or university research projects designed to assess student and family attitudes, values, beliefs, dispositions, decision-making processes and behaviors.  If you want your kid left alone and don’t want the “gubment” poking around your family’s personal business, you’re urged to contact your state reps and ask them to SUPPORT S B 43.  We’ve got the link for you to do that with this news read at Girard at Large dot com.

Education advocates are also urging support for Senate Bill Forty Four, which prohibits the state from requiring local school districts implement the  Common Core national standards.  While we know we don’t need to tell our audience why that’s necessary for our children to receive an excellent education, we remind our audience that, given the interference of the State Board of Education in Education Commissioner Frank Edelblut’s attempts to conduct a formal review those standards, we’re thinking this law has become even more necessary than it was when the state was just adopting the standards and forcing communities to comply by jamming the Common Core aligned Smarter Balanced Assessment down the collective throat of local school districts.  Again, we have the link you need to contact your state reps with this news read at Girard at Large dot com. 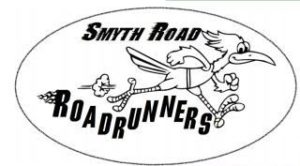 The U.S. Department of Agriculture has announced that Smyth Road Elementary School in Manchester has earned a bronze Healthier U S School Challenge Smarter Lunchrooms Award.  Smyth Road is the fourth school in Manchester to be so recognized and joins the ranks of an elite group of schools across the country recognized for excellence in their integration of health, nutrition and fitness education.  Only about seven percent of the nation’s schools have achieved a bronze, silver, gold, or gold with distinction award.  Last year, Hillside and McLaughlin middle schools received bronze awards and the year before Beech Street Elementary School earned a silver award.

Bike Manchester and Zagster, Inc., have announced a partnership that will allow residents and visitors to rent and ride bikes across the Queen City.  Bike Share Manchester will debut this coming Monday with a kickoff ceremony at Stanton Plaza in downtown Manchester.  Made possible by multiple sponsors, supporters say Bike Share Manchester bolsters the city’s overall transportation network, solves for “last-mile trips,” and makes Manchester a healthier and more bike-friendly community.