“requires students in high school or equivalent to take and pass a government and civics competency assessment as a component of instruction in the history, government, and constitutions of the United States and New Hampshire.”

While some quarrel with giving a test to improve what’s taught, Americans are woefully uninformed about every aspect of our nation’s Founding. Worse, what most “know” reminds me of something President Ronald Reagan once said:

“The trouble with our Liberal friends is not that they’re ignorant; it’s just that they know so much that isn’t so.” 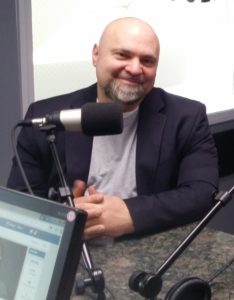 Evidence of the general travesty that has befallen American civics and history education can be found in studies done by Dr. Duke Pesta, a professor at the University of Wisconsin who, for several years, gave students in his classes, and on several other campuses, what he called “cultural literacy markers.”  In an interview published by TheCollegeFix.com, Pesta said students couldn’t tell him anything meaningful about slavery outside of America.

Among the findings, Pesta said 29 of 32 students knew that Thomas Jefferson owned slaves, but only three of 32 knew he was President.

The quizzes weren’t exactly brain breakers, tasking students with circling which of three historical figures was a President, or naming three slave-holding countries over the last 2,000 years, or writing a sentence that defines “capitalism” and another defining “socialism.”

“They came to college without the basic rudiments of American history or Western culture and their reading level was pretty low.”

He said students have gone from being

“historically ignorant, but not politicized” to “stridently vocal about the corrupt nature of the Republic, about the wickedness of the founding fathers, and about the evils of free markets.”

The obvious reason for this is that the students’ prior schooling failed them miserably, making them a danger to our Republic.  As the aforementioned Jefferson put it:

“If a nation expects to be ignorant and free, in a state of civilization, it expects what never was and never will be.”

In August, 2016 the Manchester Board of School Committee took steps to feed the politically correct mantras concocted by historic revisionists who would likely be pleased to learn that the “evil” Jefferson was properly recognized as a slave owner, not a President, when it adopted a policy declaring,

“the District will identify and mitigate culturally biased instructional materials, assessments, and pedagogies that result in achievement disparities.”

In opposing the policy, I questioned which methods and personnel would undertake this task, likened it to censorship and said it was a step toward multiculturalism and away from the American ideal of E Pluribus Unum – From Many, One, our national motto.  I also expressed the belief that our immigrant and refugee populations needed to be taught this and our founding principles as the underpinning of why they can come to this country and succeed no matter who they were, where they’re from or why they’re here.

I also opposed a “closer reading” book series that was more about indoctrinating students with politically inflammatory memes about history, race, the environment, multiculturalism, immigration, socio-economic guilt, religion, men and more, than it was about educating students on the topics the books introduced.  Many of the books were extraordinarily emotionally charged, designed to upset and imprint the K – 5 students at whom they were targeted.  They inculcated politically correct feelings and attitudes in young children, not factually informed their minds at a time when they could intellectually process, question, challenge and understand the materials in the full context of their topics.

Not surprisingly, this has not endeared me to the politically correct leftists who’ve accused me of wanting to ban books and censor history for nefarious purposes.  Many have falsely attributed things I never said to me.  Naturally, any honest and complete reading of these discussions will unequivocally disprove such nonsense. It will also raise questions about what is being taught, what should be taught, when and how.

This unfortunate and unnecessary unpleasantness aside, the desperate and dangerous ignorance and misinformation Americans have of our Founding, history and heritage requires we have these discussions, now, in a thoughtful, forthright manner, lest we lose the ability to “secure the blessings of liberty to ourselves and our posterity.”  In this, the Age of Technology, we’d do well to recognize that the “GIGO Principle” (Garbage in – Garbage out) applies to history and has serious repercussions for the future of our country.

Richard H. Girard, at-Large member of the Manchester Board of School Committee

Originally published in the Union Leader on January 12, 2017.