A Mayoral Debate, Racial Remembrances and a Solar Project 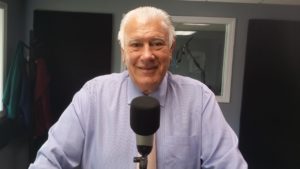 Rich opened this morning’s show by informing the listeners about the Girard at Large radio show’s plans to broadcast an upcoming Mayoral debate between Mayor Ted Gatsas and Joyce Craig.  He then shared about his racial background, an interaction with Christopher Herbert, and a criticism towards the Mayor’s solar project.  Tune in to get the details!