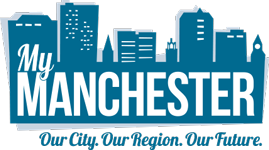 After sharing his opinion about the the best deal that a Manchester Mayor got for the city, Rich talked about the Queen City’s petition to house Amazon’s new headquarters.  He spoke about where it could be and voiced his criticism towards the idea.  Tune in to get all of the details!

(Hour 2a) Rich, along with A Question of Voter Fraud anchor Ed Naile, continued to discuss Amazon’s new headquarters.  He then took a call from Eddy and Jon DiPietro in Manchester, who shared their thoughts about the topic.  Finally, he talked about some of the specifications.

(Hour 2b) Rich shared his belief that this concept is a productive exercise for Manchester.  He spoke about the importance of economic development and more.  Tune in to hear all about it!