Goonan: With the prez

With Manchester Fire Chief Dan Goonan by his side, President Donald Trump declared the opioid epidemic a National Public Health Emergency yesterday.  That is something Mayor Ted Gatsas asked him to do in August and something he pressed then Governor Margaret Wood Hassan to do all through 2 0 1 6.  Hassan, who has criticized Trump on the epidemic, refused Gatsas’ request.

Also by the President’s side was Governor Chris Sununu.  He was one of five governors invited to the Oval Office because of the severity of the crisis in their states.  Following the declaration Sununu issued a statement thanking the President for recognizing the severity of the issue and for treating it as a public health issue.  Said Sununu, quote:

“I am hopeful that today’s announcement will also signal an ease in regulations so that New Hampshire has the flexibility needed to innovate and better target the Addiction Services funds that we are currently receiving into areas of the highest need…I hope Congress will follow the President’s ‘call to action’ and respond in kind by working through the barriers that prevent the fast and efficient flow of funds to communities that need the most help.  Those impacted the most, like New Hampshire, are on the front lines of this crisis and assistance should be proportionate to the size of our problem and not based on our population.”

Tomorrow is Drug Take Back Day and the Merrimack Police Department is the latest to announce that it will accept unwanted prescriptions from its residents at its station from ten to two, no questions asked.  Several other communities have announced their participation, so check with your police department.

Drug Take Back, Shred – A -Thon and more!

In addition to accepting drugs, the Manchester Police Department is providing free shredding services.  Manchester residents may bring up to two bankers boxes full of documents to be destroyed at Police Headquarters on Valley Street, where there will also be a display of police vehicles, fire apparatus and an ambulance.  The Shred-A-Thon, as they call it, was launched to help prevent identity theft.  Manchester residents may also bring unused prescription drugs to the Elliot at River’s Edge and the National Guard Armory.

We’re not sure if the Candia Police Department is participating in Drug Take Back Day, but it’s announced it’s installed a Prescription Drug Drop Box in the lobby of its police station.  Anyone interested in disposing of their unused or expired prescription drugs is welcome to deposit them in the box.  It is anonymous and no questions will be asked.

And, while we’re on the topic of drugs, BeBOLD announced that Eastern Bank donated a thousand bucks to them to help with their “Bedford Goes Red” initiative supporting Red Ribbon Week, which wraps up on the thirty first.  BeBOLD has asked residents and businesses to adorn their properties with red lights and ribbons for the week to raise awareness.  Eastern Bank is providing the ribbons free of charge at their Atwood Drive branch office while supplies last.

BeBold has also announced that Dr. Carolyn Morgan and Linda Haytayan will be the speakers at their monthly Speaker Series Event this Monday from 7-8pm at the Bedford Public Library.  Their topic is on how to increase your child’s ability to “bounce back” from challenges, stress, adversity and trauma.  The event is open to the public.  For additional information, please visit be bold bedford dot org.

The Concerned Taxpayers of Manchester, the citizen group that helped to bring a tax cap to Manchester, has released its endorsements of candidates for mayor, alderman and school board in the November 7th city election.

“Each of these candidates answered our candidate survey in a way that demonstrates a clear commitment to the values that matter most to taxpayers; namely limited spending, low taxation and a more transparent government. Current and past officeholders were evaluated not only on how they answered the survey, but also whether their voting records match their survey answers. The Board decided to only endorse contested races for office.” 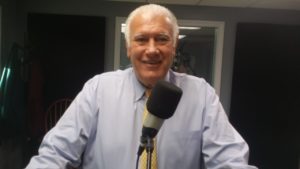 Mayor Ted Gatsas earned the endorsement over rival Joyce Craig, who refused to answer the survey.

Those also earning the C T M endorsement include:

Thomas concluded urging all taxpayers to go to the polls quote:

“in support Mayor Ted Gatsas and a field of great candidates who can help him make Manchester a truly great place.  The alternative is truly frightening for us all.”

For complete details on who answered the questionnaire and what their answers were, visit concerned taxpayers of manchester dot com

Goffstown High: Veterans to be honored

Goffstown High School’s Student Council is hosting its annual Veterans’ Day assembly on Wednesday, November 8th.  The morning begins with an informal breakfast at 8 am followed by an assembly at 9.  This is an opportunity for the G H S community to honor and show respect to those who have served our country and for the Veteran community to educate and share the importance of Veterans’ Day.  If you are a veteran, or you know someone who is, this is an open invitation to join GHS as a guest during this assembly. Please contact Ryan Fitzpatrick at ryan.fitzpatrick@sau19.org, Erin McKinnon at erin.mckinnon@sau19.org, or call G H S at 497-4841 if you wish to attend.  On the 8th, enter through our gym lobby, where our students will be waiting to greet and assist you. 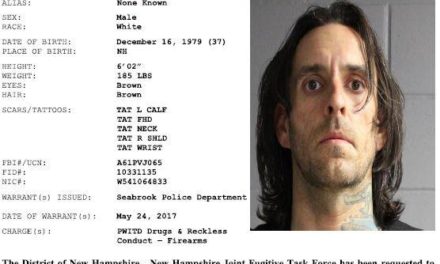