Manchester’s official election results were  released yesterday by City Clerk Matthew Normand.  While there wasn’t much change once the tallies from the hand counted ballots were added to the unofficial machine count, some of them may have been significant.  A total of twenty two thousand eight hundred thirty ballots were cast, which Normand says was the most since nineteen ninety nine.

Some of changes in the ward results which appear minor might be significant as to whether or not recounts are asked for or potentially successful.

In Ward Two, the official count brought incumbent School Committeewoman Debra Gagnon Langton two votes closer to challenger David Scannell.  Langton’s official tally grew by three votes to one thousand fifty.  Scannell’s rose by one to one thousand seventy.  There were three hundred four blank ballots in that race.  Often times blanks aren’t really blank, they’re just not readable by the machine for whatever reason.  Langton is contemplating a recount. 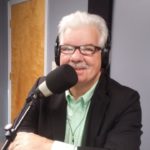 In Ward Three, Alderman Patrick Long fell one vote further behind challenger Tim Baines, whose vote count rose to five hundred thirty.  Long, who lost by seven votes, has filed for a recount.  There were one hundred seven blanks in that race.

In Ward Nine, Alderman Barbara Shaw’s vote count increased by one, increasing her lead to twenty four votes over challenger Jim Burkush, the city’s former fire chief.  There were one hundred twenty two blanks in that race.

According to the city charter, not that anybody actually follows that, losing candidates must file a recount request, quote:

“within two (2) days after the municipal primary or general election results.”

We’re seeking clarification from Clerk Normand as whether or not that means candidates have two days from Election Day or the day the results are certified.

By the way, Keno passed with fifty eight percent of the vote and the city’s current flag was chosen by seventy six percent of those who cast ballots over three other designs. 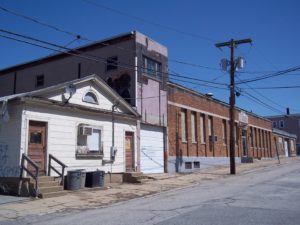 The city of Manchester is hoping for a Christmas present of sorts for one of its South End neighborhoods.  The Office of the Tax Collector is seeking proposals for the redevelopment of the former Genest’s Bakery on Harvard Street.  The city has issued a Request for Proposals “seeking qualified individuals and or agencies to acquire and redevelop the site,” officially known as Tax Map three fifty five, Lot twenty two.  We’ve linked to all the details from this news read at Girard at Large dot com.  Proposals are due by five P M on Wednesday, December 27th.

The Amherst Board of Selectmen has awarded K R T Appraisal the 2 0 1 7 – 2 0 2 2 Contracted Assessor/Cyclical Review Contract.  K R T will perform Quarterly Reviews of all properties in town, “especially those that were unavailable since 2015.”  The process begins with verifying the current data on the property record card.  If a property owner is not at home, exterior measurements will be taken and, at a later date, letters will be sent to request an interior inspection.

“Each year the state’s Department of Revenue randomly selects property record cards to review and ensure that the data being collected is accurate and complete then submits to the Board of Selectmen a Cyclical Review.”

All K R T employees will carry photo identification, a letter from the Assessing Office and display the town seal on their personal vehicle.

We’ve linked to the town’s announcement with all the details, and there are a bunch. 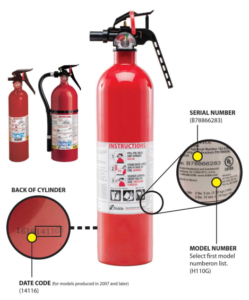 The town of Milford has sent out a notice advising that fire extinguisher manufacturer Kidder has recalled one hundred thirty four extinguisher models manufactured between January first nineteen seventy three and August fifteenth of this year.  They have plastic handles that, apparently, don’t work.  The recall includes models recalled in March of two thousand nine and February of two thousand fifteen.

The extinguishers were sold in red, white and silver, and are either A B C- or B C-rated.  The model number is printed on the fire extinguisher label.  For units produced in 2007 and beyond, the date of manufacture is a 10-digit date code printed on the side of the cylinder, near the bottom.  Digits five through nine represent the day and year of manufacture in D D D Y Y format.  Date codes for recalled models manufactured from January 2nd, 2012 through August 15th of this year are 0 0 2 1 2 through 2 2 7 1 7.  For units produced before 2 0 0 7, a date code is not printed on the fire extinguisher. Consumers may contact Kidde at 8 5 5 2 7 1 0 7 7 3 or online at kidde dot com.  Look for the “Product Safety Recall” link for more information. 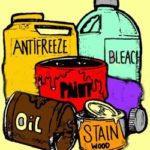 The town of Derry has announced it will be holding a Household Hazardous Waste Day for residents of the town of Londonderry on Saturday, November eighteenth at Nelson Field, off Sargent Rd., behind Central Fire Station.  It’s kind of confusing to me, so I’ve just posted their flier and will hope for the best.

The city of Manchester and the town of Candia have announced municipal operations will be closed on Friday, November 10th, in observance of Veterans Day.  We suspect that’s the case for government and other operations around the state, so be sure to check with your community or destination in advance. 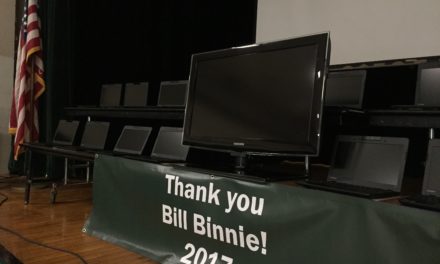