Just before the end of the November 9, 2020 meeting of the Manchester Board of School Committee, Mayor Joyce Craig advised the board it needed to go into non-public session.  The purpose of the meeting was to discuss an issue with the recently settled contract with the Manchester Education Association.

When they came out of non-public session, the TV camera was off and the public, therefore, was frozen out as the meeting was remote.  Board members were essentially talking to themselves.  Here’s what we’ve since learned.

Mosley & Hannan: Trying to save face

After the contract was tentatively agreed to, the MEA claims it told its members that the contract provided “retroactive step raises,” meaning teachers would get “back pay.”  (NB:  A “step raise” is one a teacher gets simply for working another year in the system.  It is not a cost of living raise, which is given in addition to the step raise.).  Despite ratifying a contract that did not contain the retroactive raises in April, they came forward about a two months ago claiming they didn’t know the raises weren’t retroactive.

Because the contract did not contain the retroactive raises that the union’s negotiators had told its members it had negotiated, MEA President Sue Hannan and Vice-President Maxine Mosley, the union’s negotiators, went to the board to ask them to make the raises retroactive.  Girard at Large has learned that along with the request was a threat to abrogate the contract based on the differing understanding of whether or not the step raises would be retroactive.

Both Superintendent Dr. John Goldhardt and Business Administrator Karen DeFrancis, who negotiated with Hannan and Mosley, opposed the request, providing the board with documentation that proved they had never offered retroactive raises nor did they agree to them.  They were at a loss to understand how the MEA could think the raises were retroactive.  A review of the financials provided with the contract also shows no evidence of any retroactive raises. 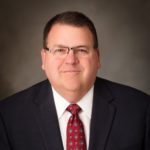 Notwithstanding the position and evidence of the administration, Attorney Matthew Upton, who was also on the district’s negotiating team, suggested the request be honored and, if not, that some accommodation be made to help the union out of the corner it painted itself into.  The upshot of his comments was that the board should do something to help Hannan and Mosley save face and avoid a potential legal fight over the MEA’s alleged belief the contract provided retroactive raises.

The board balked at the idea that the raises should be granted retroactively.  The district never presented and the board never approved retroactive raises.  It also didn’t have the hundreds of thousands of dollars it would take to cover the increase.

Nonetheless, the board did approve a Memorandum of Agreement amending the contract.  In short, every teacher who received a step raise effective with the contract’s ratification by the Board of Mayor and Aldermen on May 5, 2020 will now have until February 19, 2021 to take a day off with pay, without having to use a sick or personal day.   This “bonus day” must be taken on a Wednesday and is subject to the approval of the principal in the building in which the teacher works.   Sources tell Girard at Large that Wednesday was chosen because it is the day slated for students who are struggling with remote learning or their classwork to get extra help, not a scheduled day of instruction.

The agreement makes clear the district’s position that retroactive raises were neither offered nor contemplated by the district or the board at any time.  Despite this, the changes passed on a vote of 10 to 4 with Committeewoman Kelly Thomas (R-Ward 12) absent at the time the vote was cast.  Opposed were committee members Kathleen Kelly Arnold (D-ward 2), Bill Shea (D-Ward 7), Arthur Beaudry (D- Ward 9) and Joe Lachance (R-at-Large). 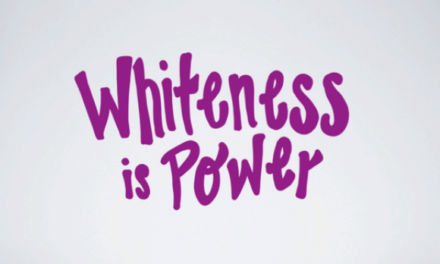