Manchester School officials have apparently had enough from their counterparts in Hooksett and are making it known.

In a December 14, 2012 letter to the Manchester Board of School Committee, Hooksett’s school board declared Manchester in breach of the tuition agreement between the town and the city.  Under the contract, the declaration of breach starts a 180 day clock by which the city is obligated to correct the alleged deficiencies.  Failure to do so, would free Hooksett from the contract and enable it to pursue other options.

While Manchester has maintained that it is not in default, Brennan’s letter flatly states, for the first time in writing, that “(t)he Manchester Board of School Committee denies the claim that it has breached the High School Agreement with the Hookset School District.”

Brennan didn’t stop there, however, expressing the belief “that the Hoosett School District is in breach of the High School Agreement by the actions taken relative to the placement of students in public high schools other than with the Manchester School District.”  Various members of the Manchester school board, Mayor Ted Gatsas and Ward 9 School Committeeman Art Beaudry prominent among them, have expressed the belief that Hooksett may be in breach of contract because of the sheer volume of waivers it’s granted for the coming school year.  Brennan’s letter drives that point squarely home in unusually sharp terms.

“The fact that nearly one-third of the eighth grade class has been granted approval to attend public high schools other than Manchester for the next year is a clear indication that the Hooksett School Board is not in compliance with the Agreement,” wrote Brennan.  “This obvious and deliberate attempt to circumbent the Agreement must stop immediately as it is an insult to our intelligence and an intentional breach of the Agreement.”

In interviews with Girard at Large, both Gatsas and Beaudry were of the opinion that Hooksett should pay for those students whether or not they attend Manchester schools next year.  “Citizens in Hooksett should see this as a warning that they could be paying twice” for the children granted a waiver to attend other schools said Gatsas.  “The Hooksett School District needs to pay attention that we have a contract,” he said.

Beaudry pointed to the settlement with the town of Auburn as precedent.  He said Auburn “gave us a settlement because they recognized that the number of waivers they granted was not a ‘case by case basis'” as required by the contract.  Beaudry claimed that exceptions were “supposed to be for extenuating circumstances.  Obviously, they’re allowing waivers for any reason and ‘not wanting to go to Manchester’ isn’t what was intended by the contract.”  Beadury said if Hooksett doesn’t send the 50 kids who are being allowed to go elsewhere “we should bill them for the tuition they owe under the contract and file an injunction if they refuse to pay.”

Hooksett School Board Member David Pearl spoke in the public participation session held during the joint meeting of the Manchester and Candia school boards.  There, he announced that the Hooksett School Board had granted 20 waivers at their meeting earlier that week and would continue to do so until and unless Manchester corrected the alleged violations of the tuition contract.  In a pre-Christmas interview with Girard at Large, Pearl indicated that he would continue to vote to grant waivers for petitioning parents as he could not “in good conscience” vote against parents who wanted to send their kids elsewhere because of Manchester’s alleged violations.  He faulted Manchester for not addressing the town’s concerns and accused the city of stifling dialogue by “lawyering up.”

Brennan’s letter, which was authorized by the Board of School Committee during last week’s non-public session to confer with legal council, made plain Manchester’s position, declaring the city’s “expectation that the approval of the nearly fifty (50) student assignments needs to be rescinded and that those students shall be assigned to Manchester as stipulated in the Agreement in order to make the Manchester School District whole.”

“The Manchester Board of School Committee intends to comply with the terms of the Agreement and expects the Hooksett School Board to do the same,” concluded Brennan.

Girard at Large has contacted Hooksett School Board Chair Trisha Korkosz for comment and will post her reaction once our call is returned.

NOTE:  Girard at Large spoke with several school board members on this matter.  Only Beaudry and Gatsas were comfortable commenting on the record, though all expressed support for the school board’s action. 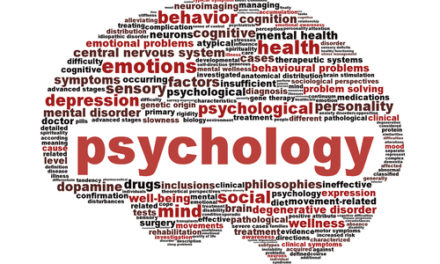 WARNING: SNHU Students and Parents of Children in Public Schools