Gatsas: Show me your proposals!

(Hour 3a, b, c) Mayor Ted Gatsas came in 45 lbs. lighter than the last time we saw him.  That’s how much he’s lost in the six weeks since bypass surgery.

He described the experience, the care he received and how it’s affecting his political decision-making.  Does he plan on running for Mayor again?

Gatsas on O’Neil’s surprise letter at last night’s meeting, the City Budget and possible default Budget.  Will the Board of Mayor & Aldermen need to override the Tax Cap?  If so, by how much?  How are the City’s Department heads doing on those cost savings?

Gatsas on the contract with Manchester Teachers.  They discussed the 4-year contract proposal “Step by Step.”  What sort of changes are in the healthcare benefits?

Mayor Gatsas discussed the situation in Hooksett.  “We aren’t going to tell kids to go somewhere else.”  Will the lower price tag and STEAM Ahead be enough to woo the Pinkerton or Bust crowd?

Also, The Regatta at Massabesic Lake on Saturday morning, a Talent Show at the Moore Center, the Memorial Day Parade at Veteran’s Park and High School Graduation Day on June 7th! 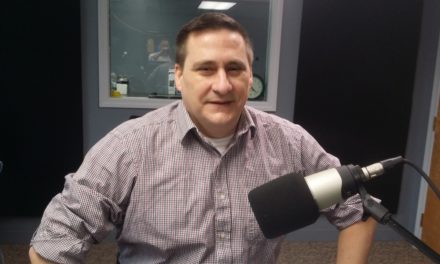 Felix Alvarado and the Is Our Children Learning Segment