The negotiations committees representing the Manchester Board of School Committee and the Hooksett School Board met last night to open discussions on a variety of topics.  The agenda, assembled by the Hooksett side of the equation, sought to address a number of issues, including assurances that the class of two thousand nineteen would be allowed to finish their schooling in Manchester and that the town would know, at a minimum, how the tuition would be calculated.  Hooksett negotiators also wanted Manchester to agree to allow Hooksett kids to attend Central or West as they had in the past and wanted to open discussions on a longer term arrangement now and not wait for the June two thousand sixteen deadline in the legal settlement.   Manchester’s representatives seemed a bit incredulous at times, with Ward Three School Committeeman Christopher Stewart saying he had whiplash and asking Hooksett what it really wanted given that just a year ago their board wanted out of a long term contract and now it appears as if they wanted back in.

Livingston: Defers negotiation questions to board

Mayor Ted Gatsas noted that the agreement between the two committees wasn’t yet a year old and that Hooksett seemed to want several changes.  Hooksett Chair Joanne McHugh said the town’s priority was securing guarantees that would enable any Hooksett student that started in a Manchester high school the right to finish there.  Nobody from Manchester seemed to have a problem with that, but Gatsas wondered what guarantees Hooksett would provide in return to prevent it from withdrawing students in favor of sending them to another district it might develop arrangements with.  Hooksett member Amy Boilard said that’s not something the town would do and Gatsas replied that kicking Hooksett students out wasn’t something that Manchester would do.  Huh.  Anyway, aside from some interesting banter, which we’ve recorded in our Live Blog Forum and linked to from this news read, it was agreed that Hooksett Superintendent Charles P. Littlefield will send Manchester Superintendent Debra Livingston copies of the Hooksett board’s memorandums of understanding with other school districts so Manchester can see how they have addressed these guarantees and Manchester’s folks said they will take the matter up with the full board at its meeting in late August, if they have it, or the first meeting in September.

Donna Varney, a former Jewett Street School Special Education teacher, plead guilty to three counts of misdemeanor simple assault before Judge Gillian Abramson in Hillsborough County Superior Court.  Varney plead guilty to putting pepper and soap in 6 year old special education student’s mouth.  In the fall of 2 0 1 2, the student refused to behave and do her school work. Varney told the student that if she continued with her behavior, she would put pepper in her mouth, which she did.  In a separate incident, Varney washed the kid’s mouth out with soap for again refusing to do her work.  Varney also plead guilty to assaulting the same student in the Spring of 2 0 1 3 when she flicked a book in the student’s face when the child hyper extended her neck backwards.  None of the incidents was reported until April of 2 0 1 3.  Varney was sentenced to serve seven days in jail and 3 5 8 days in jail suspended for five years.  Varney was also ordered to relinquish any and all teaching certificates to the N H Department of Education, undergo a Mental Health evaluation, have no contact with the students or their families and not to be in a position of authority, in any capacity, paid or unpaid, over any unrelated child under the age of 13 or of any disabled or handicapped individual.

Brown to Shaheen: Your immigration position is contributing to border crisis

The campaign of former Bay State Senator Scott Brown has launched an online petition on immigration.  According to a press statement the petition tells quote “Senator Shaheen and President Obama that their pro-amnesty policies are hurting this country.”  End quote.  We’ve linked to the petition, which includes a nifty photo of Senator Jeanne Shaheen Health Care Queen getting a big hug from President Barry.   Brown campaing manager Collin Reed said quote “We’re encouraging the people of New Hampshire to let Senator Shaheen know she is wrong on immigration and that her policies are hurting our state.  By voting with President Obama 9 9 percent of the time and supporting his pro-amnesty policies, Senator Shaheen has contributed to the crisis on the southern border, and now the people of New Hampshire have a chance to let her know she’s wrong.”  Their release says that Brown’s record on immigration stands in stark contrast to Shaheen’s with Brown having voted against the DREAM act, voted in favor of a border fence and voted against driver’s licenses and in-state tuition for illegal immigrants.  The campaign has published a comparison of their records on immigration issues which we’ve linked to from this newscast at Girard at Large dot com.

Cornerstone Action has invited all candidates for State Senate and State Representative to sign its Family First Pledge. Voters will be able to see the responses on Cornerstone’s Web site, which we’ve linked to from this news read at Girard at Large dot com.  According to Executive Director Bryan McCormack, quote “The pledge is the first step in a strategic initiative to bring pro-family candidates to the New Hampshire Legislature.  We’ve also heard from voters who want to know if the candidates who signed Cornerstone’s 2 0 1 2 pledge followed through.  Our web site will have the information on former pledge signers as well.”  Funny how people want to know if the people they voted for did what they said they were going to do.

That’s news from our own backyard, Girard at Large hour ___ is straight a head! 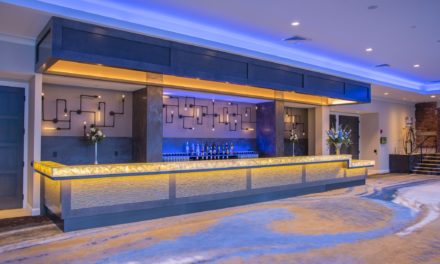