New Hampshire House Speaker Shawn Jasper has released the names of those who have agreed to serve in various leadership positions in the House of Representatives.  Not surprisingly, he named Rep. Steve Shurtleff, Democrat from Pennacook, the Democratic Leader.  He also named Rep. Jack Flanagan, Republican from Brookline, as the Majority Leader.

Flanagan: A leader with no followers?

The naming of Flanagan is bound to further upset Republicans already angered by Jasper’s coup against former Speaker Bill O’Brien’s bid to reclaim the Speaker’s gavel.  O’Brien narrowly defeated Gene Chandler of Bartlett to be the Republican Caucus’ nomination for Speaker.  Jasper’s name was entered into nomination after O’Brien fell four votes shy of victory on the first ballot.  Shurtleff withdrew from the race and the Democratic Caucus voted en masse for Jasper.  In conjunction with about three dozen Republicans, Jasper toppled O’Brien on the third ballot.

After the defeat, O’Brien and others in the G O P majority announced the would hold a meeting of the Republican Caucus this morning to elect their own leader.  Jasper, apparently indifferent to or in contempt of the announcement, proceeded to appoint Flanagan, who will, no doubt, find it easier to corral two hundred cats than the two hundred G O P members of the House who don’t consider him their leader.  Flanagan, by the way, has already sent his first press release as Republican Leader lauding the revenue numbers for November.

Chandler: Make the best of it

Jasper also announced the appointment of Chandler as Deputy Speaker of the House.  In an email to supporters, Chandler said he accepted the post writing quote “We now need to move on with the work at hand on behalf of our constituents who elected us…Let’s make the most of it.”  Jasper, in announcing the appointment said Chandler’s quote “…vast experience and knowledge as both a former speaker and Republican leader will be invaluable to our caucus as we move forward.”  End quote.  The problem for Jasper is that the Republican Caucus does not seem him as one of its members given how he was elected and resents him appointing their leader.

Things could get very dicey indeed in Concord.  Jasper is expected to announce committee assignments and chairmanships on Wednesday.

Manchester Police Chief David Mara will host a press conference this afternoon at 2:00 to discuss the department’s latest initiative to combat urban violence.  The initiative began in July in response to the increase in gang and  gun related crimes occurring throughout the city.  The collaborative, multi agency effort includes:  The Manchester City Solicitor’s Office, Hillsborough County Attorney’s Office,  New Hampshire Attorney General’s Office, New Hampshire Probation/Parole, Manchester Office of Youth Services, New Hampshire Juvenile Probation/Parole; the Office of the United States Attorney, the F B I Safe Streets Task Force and the  Bureau of Alcohol, Tobacco and Firearm.  Awareness, deterrence and outreach have played an integral role in the success of this ongoing program, which received initial funding through the United States Attorney’s Office-Project Safe Neighborhood Initiative.

The state of New Hampshire recently released financial audits of New Hampshire’s abortion clinics in response to New Hampshire Right to Life’s Right to Know Request and litigation it has filed in Strafford County Superior Court.  The information received in response to this request details a startling increase of taxpayer funding to Planned Parenthood abortion clinics here in NH and northern New England.  According to 2014/2015 budget numbers, the Department of Health and Human Services requested budget funding of $345,000 and Governess Margaret Wood Hassan increased this amount to $894,000 in her  budget.  Comprehensive cancer screenings accounted for just three hundred sixty two dollars of the half a million plus dollars.  You can guess where the rest of it went.  We’ve uploaded a release from New Hampshire Right to Life containing all the details with this newscast at Girard at Large dot com

The Manchester Board of School Committee meets tonight and it’s anyone’s guess what they’ll be talking about as it’s another Where’s Waldo type of agenda.  Other than a tabled item or two that have been on the agenda for what seems like forever, there is no identifiable item of business that will be discussed or otherwise voted on, which means whatever business will be done will be coming under the Superintendent’s Report and or Communications from Board Members.  This is not informing the public of the business to be discussed.

Sixty people gathered at Town Hall in Sandown yesterday for the budget presentation made by Timberlane Regional School District Budget Committee members Arthur Green and Cathy Gorman and School Board Member Donna Green.  We’ve linked to the presentation given.  Apparently, there were a number of questions and obvious concern expressed by towns folk who are unamused by the threatened shutdown of the Sandown Central Elementary School by Superintendent Earl Metzler to meet the budget committee’s directive of a zero increase budget.  We’ll have more details later.

Speaking of Timberlane, we send a shout out to Donna Green this morning.  Her blog Timberlane and Sandown won the New Hampshire Press Association “Better Media Contest” for best blog, in the non-daily category.  The award was announced and presented Friday  night at their annual awards dinner in Manchester.  The judge for this category wrote quote:  “It’s certainly not your typical blog, and it’s not written by a journalist, but nonetheless there is some old school journalism to be found here.  It’s obviously opinionated, but it is honest, and contains valuable information for readers. One wishes some more traditional small-town publications were as feisty and lively.”

Monday, May 23 in the NH House

Wednesday, March 11, 2015 in the NH House of  Representatives 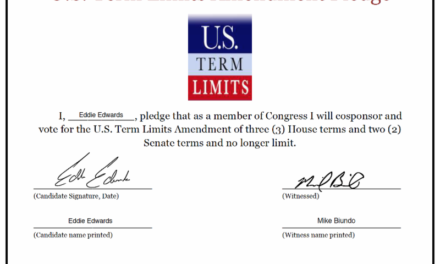