Ed Naile, anchor of the Girard at Large “A Question of Voter Fraud” segment and Chairman of the Coalition of NH Taxpayers threw his support behind SB 4, a bill proposed by Senate Judiciary Chair Sen. Sharon Carson (R-Londonderry) to clamp down on voter fraud.  We publish his testimony as submitted to committee.  ~Publis

My Apologies To Senator Sharon Carson For Missing SB4 Testimony

Senator Sharon Carson is the prime sponsor of SB4 which would clarify the one word more than any other in the entire English language (beside fair) that is a stumbling block no Legislator or public official can come to terms with, the word domicile.

In Blacks Law Dictionary, Edition #4 you will see the word defined as the rest of the United States sees it.

So that NH can get past the mystery that is the meaning of domicile and not have to purge non-resident voters from our NH voter checklists who may languish there for a decade, Senator Carson has drafted this bill.

I support it and was involved with a well intentioned bill aimed at gutting the Right to Know Law next door at the House of Representatives. So I apologize for not being on time to testify in favor of SB4.

The intention of this bill is to make sure legal residents of our state have meaningful elections so voters can affect change in the communities they are invested in, said Senator Sharon Carson (R-Londonderry).

New Hampshires current voting law does not clearly define the qualifications of a voting resident in the state. This bill, SB 4, serves to clarify the definition of a legal voting resident as 46 other states have done.

The Secretary of State Bill Gardner and I worked to produce a bill that would clarify the meaning of being a legal resident for voting purposes without infringing on an individuals right to vote. Secretary Gardner is the states authority on elections and he has given his support of this bill, Carson continued.

The latest offender of the publics right to legitimate elections, retired by his own stupidity, Superior Court Judge John Lewis left us with the hilarious definition Mobile Domicile for non-residents who want to steal a NH citizens vote.

This bill does not mention the Judge Lewis bizarro world invention. It uses time honored language for domicile and resident other states that prosecute voter fraud use. Since many non-residents vote in NH they may want to look at the laws in their own state. It will look familiar. The Coalition of NH Taxpayers knows about domicile laws in other states because we track and document non-resident voters. When we turn them into their home state we use the resident/domicile/elector definition that particular state uses. That is how got multi-state registrant and DC resident, Caitlin Ann Legacki, supposedly of 1200 Elm St. Manchester, who is checked off that 11/04/12 list and who voted in Mo. that same day, removed from North Carolinas statewide database as well. And we are currently awaiting Wilton, NH voter Jared Steven Crams future in Pa. where we have turned him in.

Robert D. Baker, a 11/04/14 Dover, NH voter and Broward County Florida voter that same day, must be on that States radar as they have sent us a certified, six page copy of his record there.

Simple measures like this will hopefully leave our state wide voter database as free as possible of ghost voters. 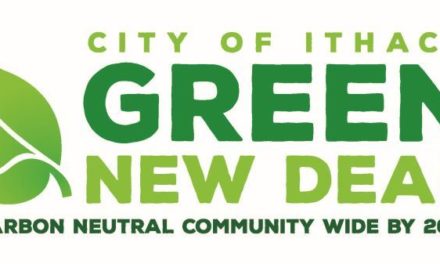