Well, it looks like the budget battle in Derry has gone to court.  According to a Facebook post yesterday on the Derry Residents United page, the law firm of Backus, Meyer & Branch has been hired to litigate what the plaintiffs claim is a breach of the town’s charter caused by the town council’s refusal to either accept eight petition questions overturning the council’s budget cuts or order them to ballot in a special election.

Osborne: Charter needs to be changed

In an interview with Girard at Large following the council’s choice not to act on the petitions, Councilor Mark Osborne said that while the town charter allows for petitions to be presented to the council, it does not apply to budget matters which he says are solely vested in the Town Council, telling Girard at Large quote “If people want to vote on the town’s budget, they need to change the town’s charter.”  Prior to not acting on the petitions, the council met with legal counsel it retained specifically to address the issue.

According to the Facebook post, the law firm has agreed to cap the plaintiff’s legal fees at ten thousand dollars.  That’s the good news.  The bad news is they now have to raise it and the group is seeking donations, in part by saying quote ” While nothing is guaranteed, based on the outcome of this litigation, it is possible that attorney’s fee could be recouped.”  Former Derry Town Councilor Joel Olbricht, a C P A,  has agreed to serve as bookkeeper for the fund raising effort and people are being asked to choose from one of three different donor levels:  One hundred dollars, fifty or twenty five.  Organizers are asking checks be made payable to Olbricht and mailed to him at P. O . BOX 1 7 5, EAST DERRY, NH 0 3 0 4 1.  ALL DONORS MUST PROVIDE their NAME, STREET ADDRESS, CITY, STATE ZIP, HOME and or cell NUMBER and EMAIL ADDRESS.  No anonymous donations will be accepted.  (all emphasis in the original

The Manchester Police Department will be hosting an entry-level police exam on Saturday, November twenty first.  The deadline for application is Thursday, November twelfth.   For further information or an application visit  manchester p d dot com.  If you have any questions, you are encouraged to contact Officer Carl Accorto at 7 9 2 5 4 5 2.

Refugees: Learn more about how they get here.

Want to learn more about the Refugee Resettlement Issue?  The local ACT for America chapter will address the topic at its monthly meeting today at the Lawrence Barn on Depot Road in Hollis.  ACT for America is a grassroots citizen action network committed to promoting America’s national security and to the defense of American values against the assault of radical Islam.  The meeting starts at seven P M.

In light of recent revelations that Planned Parenthood has been harvesting and selling aborted baby parts, concerned citizens of New Hampshire are calling for a protest at the their facility on Pennacook Street in Manchester this Saturday morning from nine to eleven.  This effort is part of a National Day of Protest taking place at Planned Parenthood offices and abortion facilities all across the United States to raise awareness about their trafficking in aborted baby body parts.  We’ve linked the Protest Planned Parenthood Web site with the details.  Paul Galasso, the effort’s lead organizer, will be joined by Ron DiStasio of the New Hampshire Knights of Columbus and Jane Cormier, President, NH Right to Life for the event, which will include a press conference, prayer vigil, speakers, and protest signs calling attention to PP’s baby parts trafficking.  The Protest P P dot com coalition is headed by Citizens for a Pro-Life Society, Created Equal, 40 Days for Life and the Pro-Life Action League, and is co-sponsored by 50 state and national pro-life organizations.

The Manchester VA Medical Center was recently recognized with a Silver 2014 Root Cause Analysis Cornerstone Award for Patient Safety.  The award highlights excellence in patient safety and was given by Dr. Robin R. Hemphill, MD, MPH, Director of the National Center for Patient Safety, which initiated a formal recognition program in two thousand eight to enhance the Root Cause Analysis process and recognize the good work of staff across the Veterans Health Administration at the facility level.   Since the inception of the program, the Manchester VA Medical Center has more than exceeded expectations 5 out of the 6 years.  Good to know the local vets are in good hands.

National political analyst, TV commentator and author Chris Matthews will be the featured speaker at the Nackey S. Loeb School of Communications‘ 13th annual First Amendment Awards event this fall.  The event honors First Amendment freedoms and those who go above and beyond to uphold them.  As the main fundraising event for the nonprofit school, the program has attracted many nationally known speakers who contribute their time to support the school’s free classes and low-cost workshops.  This year’s event will be an evening gala on Nov. 12 at the Capitol Center for the Arts in Concord.  Nominations for the award can be made at Loeb School dot org.  We’ve linked to it. 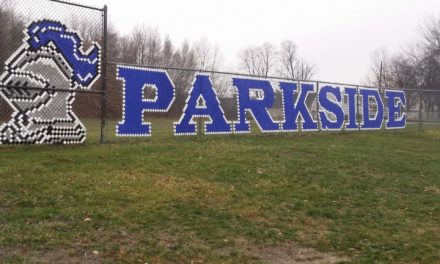