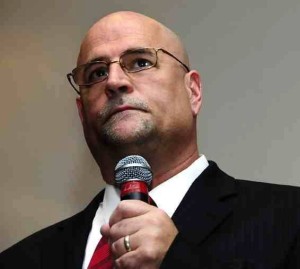 Guest host Ed Naile invited Jim Simpson, who is his source for illegal immigration information, onto the show (Bio below).  He first asked him what people should know about illegal immigration when running into a Presidential candidate.  He talked about the over seven thousand illegal aliens throughout five states who were in prison and convicted for homicide.  Tune in to hear about it.

(Hour 3b) Manchester Mayor Ted Gatsas joined guest host Ed Naile and Jim to talk to us about issues surrounding illegal immigration.  He shared his concerns with us and shared that one of the most alarming things that he has heard since he became Mayor was related to this topic.  They talked about the financials behind it and spoke about certain countries which take more refugees than others.

most alarming thing that he has heard since he became more

(Hour 3c) We continued into a final segment with guest host Ed Naile and Jim Simpson.  He talked to us about refugees in the United States and the benefits that they can receive.  They talked about the clear, simple language that Trump is using and the positive results that he is reaping from it.

James Simpson is an investigative journalist, businessman and former economist and budget examiner for the White House Office of Management and Budget (OMB). Since 1995, he has written non-fiction articles for various periodicals based both on his experiences in government and business, and a longstanding avocation in public policy.

Mr. Simpson’s work on the Manufactured Crisis strategy provided background for Glenn Beck’s groundbreaking TV series on the subject, and has been discussed widely on talk radio, where Mr. Simpson is a frequent guest. Mr. Simpson has published four books: The Red Green Axis: Refugees, Immigration and the Agenda to Erase America, Casa de Maryland, A Case Study in Subversion and Corruption at the Highest Levels; Red Unions, How and Why Big Labor Leaders Betray their Nation; and The Patriot’s Handbook, A Practical Guide to Restoring Liberty. His upcoming book, The Onion Conspiracy, is due out from WND Books, in early 2016.

Mr. Simpson was also featured in the award-winning documentary AGENDA: Grinding America Down, and the latest, AGENDA II: Masters of Deceit.