State Senator Majority Leader Jeb Bradley, Republican from Wolfeboro and State Rep. Joe Lachance, Republican from Manchester’s Ward 1, announced legislation in Concord yesterday to reform and reauthorize the state’s Expanded Medicaid program, which is set to expire in December.  You may recall that Governor Margaret Wood Hassan vetoed the state budget last June for its failure to fund the program’s reauthorization.  (Hmmm, think a deal was cut?)  Anyway, the bill, H B 16 96, sponsored by Lachance, will be heard in the House Health, Human Services and Elderly Affairs Committee this morning in Representatives Hall starting at nine.

“is working with more than 47,000 New Hampshire citizens signed on to this program. Evidence that the cost of uncompensated care has been reduced by nearly $150 million, additional common sense work requirements for those who are able bodied and built in taxpayer protections makes reauthorizing this program for two more years the right thing to do for New Hampshire.”

Bradley said the state’s hospitals and insurance companies have volunteered to cover the more than thirty five million dollar shortfall expected by the reduction of federal funds from next January through the end of 2018.  The bill also requires recipients of Expanded Medicaid coverage to work and adds copays of between five and ten dollars for some services.

The Goffstown Police Department issued an alert regarding what they called a “sophisticated phone scam targeting taxpayers” after receiving multiple complaints from residents.  The callers are impersonating the I R S, claiming the potential victim owes money and must pay it promptly via wire transfer or through a pre-loaded debit card.  If the victim does not cooperate, the caller threatens arrest, deportation or suspension of either a business or driver’s license.  The department said the I R S will never contact a taxpayer over the phone or ask for a wire transfer or pre-loaded debit card.  They warned citizens to consider all calls from the I R S with extreme caution and to contact the I R S at 1 8 0 0 8 2 9 1 0 4 0 if they receive any such call.

At Tuesday’s meeting of the Manchester School Board’s Curriculum and Instruction Committee, Assistant Superintendent David Ryan announced the dates during which Queen City students will suffer through the Smarter Balanced Assessment, which was weird since earlier in the meeting Ryan said the passage of the federal Every Student Succeeds Act meant Smarter Balanced was going away.  Different grades will be assessed at different times and schools have a window in which they can get the assessments done, so look for notices coming home from your kid’s school.  We’d give you the info, but he simply read it too fast for us to write them down and they weren’t on the agenda.  District officials were unable to answer questions from Committee Chair Deb Langton about whether or not the district has the headphones to give to students to take the test this year.  It cost the city seven thousand dollars to provide them last year.

During the discussion, at-Large committeeman Rich Girard shared information received from a radio show audience member regarding the need to enact a policy providing parents with the Right to Refuse their children’s participation in the mandated assessment.  E S S A requires a policy be in place for parents to refuse their children’s participation.  Last year, parents exercising their right to refuse exempted over thirteen hundred students from the exam in Manchester.  The committee directed administrators to draft a refusal policy for presentation to the Coordination Committee this coming Wednesday to ensure it was in place well before the assessments were administered.  Last year, the board adopted a motion to notify parents of their Right to Refuse and sent letters home to explain it.

Today is the unofficial Right to Know Day at the State House.  The House Judiciary Committee will hold hearings on four Right to Know bills in room 2 0 8 of the Legislative Office Building.

All four bills are supported by the Right to Know New Hampshire advocacy group.

Lyscars:  Has done his part.

Hooksett School Board Member John Lyscars is calling it a career.  The controversial school board member, who once dressed as an elf to address the Manchester Board of School Committee with Santa in tow shortly before running for office, was instrumental in the development of Hooksett’s high school choice program which enables town students to choose between high schools in Manchester, Pinkerton Academy, Londonderry High, Pembroke Academy, Bow High and soon to come, Goffstown High.  He was also instrumental in the push to break the tuition contract with Manchester that caused turmoil between the two communities for the well over three years.  Lyscars says his three years on the board has been fulfilling enough. 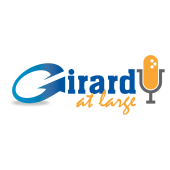