As the G O P primary moves on to South Carolina, it moves on with two fewer candidates.  New Jersey Governor Chris Christie, who finished a disappointing sixth place with twenty one thousand eighty two votes, released the deep breath he said he would return home to take on election night and packed it in.  And, in something of a surprise, former Hewlett Packard C E O Carly Fiorina announced the suspension of her campaign.  She’d vowed to continue her campaign on primary night. 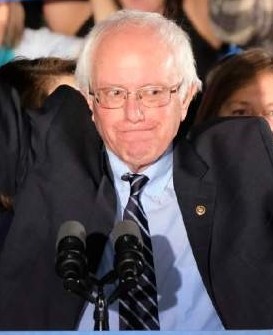 On the Democratic side, Vermont Senator Bernie Sanders shellacked Hillary Clinton. There’s no escaping this victory folks.  Sanders received one hundred fifty two thousand four votes of the two hundred forty nine thousand two hundred sixty five ballots cast.  That’s sixty one percent.  Clinton received ninety five thousand two hundred twenty six or thirty eight percent.  Despite Sanders’ overwhelming margin of victory, Clinton will still get more delegates thanks to the so called “super delegates.”  They are chosen to be delegates by the party because of who they are and are free to support whomever they want.  In this case, they’re all backing Clinton. 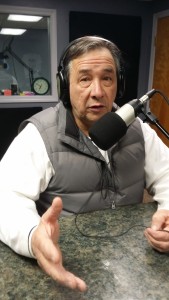 Of course, what we don’t know is just how many votes Sanders received from the out of state campaign workers brought in for the primary.  Thanks to a video sting run by Project Veritas with the help of Ed Naile of the Coalition of New Hampshire Taxpayers, we know that paid Sanders campaign staffers were actively advising their staff and volunteers from around the country to register and vote in New Hampshire, even though they admitted it could be voter fraud.  We ran audio of the sting on yesterday’s show and have linked to the video from this news read at Girard at Large dot com.

The Manchester Board of School Committee has voted to send a letter in support H B 13 38, which provides that a student exempted from taking the statewide assessment by the student’s parent or legal guardian shall not be penalized and requires a school district to provide an appropriate alternative educational activity for the time period during which the assessment is administered.  Importantly, the bill prohibits either the state department or board of education from penalizing any school district for having a lower participation rate on standardized assessments as a result of parents exercising their right to refuse.

At the February third meeting of the board, at-large member Rich Girard moved to send the letter.  The motion was approved, subject to a phone poll vote by the board on Friday, February fifth to provide board members with the opportunity to review the legislation.  Only three board members opposed securing parent rights and protecting districts from state penalties:  Erika Connors from Ward Eight, Katie Desrochers from Ward Eleven and at-Large member Nancy Tessier.  Ward Six member Dan Bergeron, who was the one who asked for time to review the bill, did not respond to the poll and Ward One member Sarah Ambrogi abstained.  The letter sent to the House Education Committee said the board voted to send a letter in support of the bill because quote:

“Manchester residents value their parental rights regarding testing of their children.  This bill will ensure that parents’ rights are specifically documented within state law.”

The New Hampshire House of Representatives voted to continue the Expanded Medicaid program yesterday by approving H B 16 96, which was sponsored by State Rep. Joe Lachance, Republican from Manchester’s Ward One.  The roll call vote saw two hundred seven in favor and one hundred thirty six against.  All one hundred thirty six opposed were Republicans.  The debate was a raucous one that that saw all but one attempt to amend the bill defeated.  It now goes onto the senate where, despite entrenched conservative opposition, it’s expected to pass easily as moderates, lead by Majority Leader Jeb Bradley, somehow believe having forty seven thousand people dependent on the government for their health insurance is a good thing.

In a statement issued yesterday, Bradley continues to argue that taxpayers are held harmless in the bill because it prevents the use of general funds or new taxes from being used to pay for the program’s reauthorization.  The bill relies on voluntary payments from the state’s hospitals and insurance companies to cover the estimated thirty five million dollar shortfall in federal revenues to support the program.  Makes you wonder how or why they can afford to part with that kind of cash, doesn’t it?

The Hooksett Police Department announced yesterday that they, like Manchester, have received a grant from C V S Pharmacy to install a Drug Collection Unit. The container will be located in the James H. Oliver Safety Center at 15 Legends Drive.  This will provide residents with an environmentally friendly way to dispose of medication that has expired, is unwanted or unused.  This site is open to the public 24/7.  Drugs, including controlled substances, can be dropped off with no questions asked.

Finally this morning, Happy Lent!  Lent is a forty day time of preparation leading to Easter.  It starts on Ash Wednesday, which was yesterday, and ends on Holy Thursday, which is the day before Good Friday, and marks the beginning of the Triduum observed by the Catholic Church, which celebrates, though some protestants also observe it.  It is a special time of prayer, fasting and alms giving for the poor in preparation for the Crucifixion and Resurrection of Jesus Christ, the Lord and Savior of the world.