There’s been a whole lot of noise, fury and obfuscation from a number of Manchester aldermen who voted to override the city’s tax cap last night.  The record needs to be set straight.

To be clear, it doesn’t matter what either the tax base or the tax rate is because the “revenue cap,” only applies to the amount of money that can be raised through property taxes.  So, if the tax base drops from one year to the next and the city maxes out what it can raise in taxes under the cap, the tax rate will spike.  If the base rises, the rate will drop.  That’s not an esoteric matter given that the aldermen were using a projected increase in the tax base to justify overriding the cap to collect revenue that would otherwise “be left on the table.”

In overriding the “revenue cap,” the aldermen actually increased SPENDING above the cap by another $3.6 million.  If they’d not increased spending, then they wouldn’t be able take the “increased revenue” expected from the revaluation.  To understand this, one has to know that cities and towns in New Hampshire do not set their tax rates.  While municipalities do estimate their tax rates, the state Department of  Revenue Administration (DRA) actually sets them by subtracting projected revenues from the total spending appropriated, then calculating what the tax rate must be to raise the needed tax revenue from the tax base to close that gap.

In short, as Chairman Gagne stated, if the aldermen had stayed within the cap and applied the projected revenue increase to the tax rate instead of spending it, the projected tax decrease would have been $0.90/thousand.  In other words, if the money hadn’t been spent, it wouldn’t have been “left on the table.”  It would have been given back to the taxpayers to whom it belongs in the first place.  Gagne also said that any increase above $1.2 million, which is the amount of tax revenue projected from the value of new construction added to the tax base, will cause the average tax bill to go up.  The other revenue comes from increased values on preexisting properties.

How paying more in taxes is a tax cut is the question that needs to be answered.

The city’s tax cap also applies to spending.  The same rolling three year CPI average that caps how much property tax revenue can be increased, limits how much spending can increase.  This is designed to ensure that spending doesn’t increase by more than the CPI if non-tax revenues, like auto registration, which are not subject to the cap, increase by so much that spending can outpace the CPI.

Note well, those who overrode the “revenue cap,” did not also make a motion to override the “tax cap.”  The reason is simple, as already explained, they’re one in the same.  It is simply not possible to raise tax revenue without a corresponding increase in spending.

The simple proposition is this:  Increasing taxes to cover increased spending does not lead to a tax cut, a decrease in the tax rate notwithstanding.  Tax bills will go up because the amount raised in taxes went up.  The cap doesn’t apply to the rate, it applies to tax revenues that can be collected.

The only way to not have a tax increase on the heels of a revaluation is to not increase the total amount of money raised in taxes.  Yes, a revaluation will cause a shift in the tax burden based on whether or not an individual property increases by more than, less than or the same as the overall tax base.   That’s about people paying their fair share based on the value of their property, not about a tax increase for some and a decrease for others.  When the amount of taxes raised goes up in conjunction with a revaluation, everybody’s tax burden goes up by the same percentage increase as increase in overall tax revenues billed.

One just cannot get around the fact that if the amount of taxes billed goes up, then every tax bill will be proportionally higher by that amount. In this case, the amount collected in taxes will go up by about 2.8%, which means, regardless of how any individual property fares in the revaluation, everybody’s taxes will be 2.8% higher than they otherwise would have been, which is nearly triple what was allowed by the tax cap and that’s why the cap was overridden.

Illegal voters caught and named in Virginia. Lessons for NH? 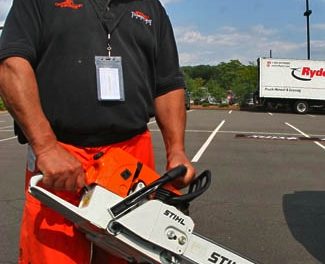