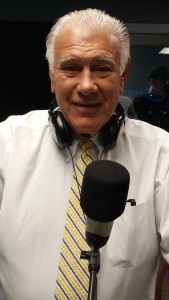 We publish the complete remarks made by Manchester Mayor Ted Gatsas in vetoing the override of the city’s tax cap approved by the Board of Aldermen on Tuesday, May 17, 2016.  ~Publius

Alderman Long I know you worked very hard on a budget.  I do commend you for that.  It’s not easy.  We met today in my office and I told you that I could not support this budget – I have not changed my mind.

Let me begin with transparency because that is truly what is at the heart of this discussion – transparency.

I am sure that one of the talking points of this budget is that the tax rate is lower than the Mayor’s.  While it sounds good, and it looks like that on paper nothing could be further from the truth.

The budget presented this evening spends an additional $5million over the current fiscal year – this is nearly $3million more than allowed by the voter approved tax cap and nearly $3 million more in additional spending presented in the Mayor’s budget.

The city, for the second year in a row took a cut.

Year after year the Department Heads of this city sharpen their pencils and find efficiencies.  They work at their budgets day in and day out – I commend you for that – you all do an outstanding job.  Each one of you are the best in your field.  I am a very lucky person to work along-side you.  You have supported me and I hope you know that I will always support you.

I don’t believe that this budget is fair to city departments.  Here we are in the middle of contract negotiations telling our Department Heads to bargain with their respective unions.

How is this budget representative of good-faith negotiations between the city and our labor unions.  We are setting the standard.  When this is the example we are putting forward why would any one of our unions ever negotiate away from the position where they are currently at?  The answer is simple – they won’t.  Why?  Because the statement you are making here tonight, with this budget, is quite clear.  There doesn’t need to be any negotiations because the Aldermen will override the tax cap.

I go back to my first question.  What are you overriding the tax cap for this evening?

Everybody here knows I did not vote for the teacher contract because I didn’t believe the numbers.  There were a few others on this board that took the same vote.  People said to us it’s an election year – how could you do that?  My answer is simple.  Taxpayers in this city matter to me everyday not just when it’s an election year.

And the taxpayers of this city should have a reasonable expectation that when their Aldermen and their School Board members are asked a question in a candidate survey do you support the tax cap? And those Aldermen and School Board members answer yes the taxpayers should expect more than a hollow promise which is what they are getting here this evening with this budget.

My commitment to the taxpayers of this city has never waivered.  They know where I stand.  They know I support the tax cap.  And they have put their trust in me to be true to my word and defend the tax cap when they can not.

Therefore, at this time I respectfully veto the override of the tax cap.