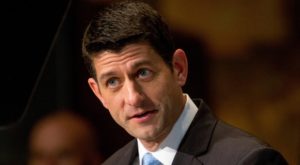 Ryan: Gets shouted down.

Things got ugly on the Floor of the United States House of Representatives yesterday as Democrats used the opportunity of a moment of silence called by Speaker Paul Ryan in memory of the victims of the Orlando terror attack to push more gun control measures.  Several Democrats walked out of the House Chamber rather than observe the moment.  As Speaker Ryan called the House back to order, several Democrats began to shout him down.  Led by South Carolina Democrat Jim Clyburn, Democrats demanded to know when Ryan would bring forward a variety of gun control measures that have yet to be scheduled for a vote.  Clyburn tried to interrupt House proceedings under the guise of a Parliamentary Inquiry.  However, once Ryan concluded that the inquiry was not about the vote that was interrupted for the moment of silence, he ruled it out of order and proceeded with the vote at hand.

Meanwhile, presumptive Republican presidential nominee Donald Trump was in Manchester yesterday, where he gave a major address on immigration and national defense.  Trump renewed his call to temporarily quote

“suspend immigration from areas of the world where there is a proven history of terrorism against the United States, Europe, or our allies until we fully understand how to end these threats.”

Trump called the Orlando terror attack a “very dark moment in American history,” saying the execution of American citizens because of their sexual orientation was quote

“a strike at the heart and soul of who we are as a nation…It’s an attack on the right of every single American to live in peace and safety in their own country…Remember this:  Radical Islam is anti-woman, anti-gay, and anti-American,” Trump said.

Of presumptive Democratic presidential nominee Hillary Clinton, who cracked under the pressure brought by the public outcry over her initial comments and finally acknowledged the role of radical Islam in the terror attack, Trump said quote, “She has no clue, in my opinion, what radical Islam is.  She’s in total denial.”

Manchester’s school board was in session for over seven hours last night as it undertook a series of non-public meetings to discuss a potential new principal at Bakersville Elementary School, a new tuition agreement with Hooksett and a proposed settlement from the Candia School Board over money it owes the school district for capital costs.  All we can say about those items is that Jewett Street School Assistant Principal Kate Josef was chosen to be Bakersville’s new principal.

The board also held a public hearing on the budget provided by the Board of Mayor and Aldermen, but nobody from the public showed up, so it was about the shortest hearing in history.

During its regular meeting, which started at seven, the board had several lengthy discussions on giving the superintendent authority to hire without its approval to fill vacancies during the summer, which was tabled because the board felt it was premature; rejected a request from Granite State Driving School to modify its contract so it could increase its fees by forty five dollars more than allowed by its contract, authorized a twenty student expansion of the Manchester School of Technology’s four year high school; and, pending policy revisions that may come from the Committee on Athletics, adopted the N H I A A’s academic guidelines for student athletes and extra curricular activities.

The board also approved the contract negotiated by the Special Committee on the Superintendent Search with Hazard, Young, Attea & Associates of Illinois, approved the expansion of the F.I.R.S.T Junior STEAM Ahead program to all city elementary schools and tabled, after a protracted discussion, the use of two hundred thousand dollars in one time grant money to expand the City Year program.

“provide additional resources for treatment and recovery efforts, an additional position at the Attorney General’s office to prosecute drug crimes, and additional funding for transitional housing for those in recovery.”

Bradley called on the governor to quickly find the money in lapses which are necessary, he said, to fund these essential efforts.

Bradley also wants the governor to sign S B 5 2 2, which would upgrade the state’s Prescription Drug Monitoring Program and require it be used by all physicians.  According to Bradley, the changes will help keep track of opioid prescriptions as they are written and filled to make it easier to identify doctor shopping and reduce over-prescribing.

The third bill Bradley requested Hassan sign is S B 4 6 4, which establishes a drug court grant program and increases the amount of money in the state’s Rainy Day Fund by forty million dollars.  Bradley says he has been working to build a New Hampshire specific Drug Court grant program that would allow counties to divert low level, repeat criminal offenders who suffer from substance abuse and addiction away from incarceration and into treatment because he does not believe that the state can arrest its way out of the current drug crisis. 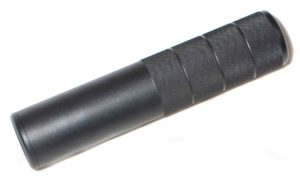 New Hampshire hunters received a small victory yesterday as the governor signed H B 5 0 0, also known as the Hunters Hearing Protection Act.  The bill allows hunters to use firearm suppressors, which supporters say promotes hunter safety by lessening the risk of hearing loss due to the loud volume of gun shot.

The Manchester Police Department will host a FREE seminar in preparation for its upcoming police exam on Monday, July 18th from 6:00 to 9:00 PM at the Walker Auditorium in Robert Frost Hall at Southern New Hampshire University.  Department personnel will discuss the requirements for the test, the testing process and how to prepare for the upcoming exam.  Any questions may be directed to Officer Carl Accorto at 7 9 2 5 4 5 2.  An informational brochure is available on-line at manchester p d dot com.  Registration is not required.

Reminder, everyone, today is Flag Day.  Display the colors proudly!  If your flag needs to be retired, bring it to your local American Legion Post, or other veterans organization and they’ll take care of it for you.