The Candia and Auburn Fire Rescue departments will be holding an Emergency Medical Responder class this fall.  Classes will be on Monday and Wednesday evenings between six and ten starting on September fifth and ending on October thirtieth They’ll be held at the Auburn Safety Complex.

Emergency Medical Responder is the first step in the levels of nationally certified and N H state licensed E M S providers. This is a great introduction into E M S work and allows the evaluation, treatment and transport of patients.  Licensed E M R’s are encouraged to join the Auburn and Candia fire departments and volunteer to respond to E M S and rescue calls.  Both departments provide E M S, fire and rescue services to their communities.  Members of departments can volunteer to be firefighters, E M S or both.

For more information about the E M R class or Auburn Fire Rescue or to register for the class, please email Chief at auburn fire dot org.

The two thousand sixteen Merrimack Farmers Market recently opened its season and will continue through Wednesday, October twelfth.  The market runs every Wednesday from 3:00 to 6:00 in the Vault Motor Storage parking lot located at 5 2 6 Daniel Webster Highway, featuring goods from many of Merrimack’s local farms and other N H vendors.  For more information e-mail merrimack farmers market at gmail dot com.

Drawing more than twenty five thousand guests and featuring more than three hundred fifty craftsmen, along with an incredible variety of handmade fine craft, the League of N H Craftsmen’s eighty third annual Craftsmen’s Fair will take place Saturday, August sixth to Sunday, August fourteenth at the Mount Sunapee Resort in Newbury.  The Annual Craftsmen’s Fair will feature a host of new elements this year, including a Tasting Tent, live music, Children’s Day at the Fair with kid-focused activities, workshops and performances, and “Lunch and Learn” seminars where guests enjoy lunch with master craftsmen.

We’ve linked to all the details you need to have from this news read at Girard at Large dot com. 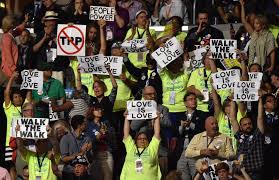 Not going quietly into that good night

We are concerned with the manufactured “unity” narrative in the media and are fighting for the soul of the Democratic Party and Democracy.  Election Justice USA has provided statistical analysis of the recent Democratic primary elections that show widespread statistical anomalies in at least 21 states that could be sufficient to call the results of our candidate selection process into question.  Many pledged delegates also expressed concern over the information contained in the ongoing DNC email leaks, which have revealed details of a process that was engineered in favor of a preselected winner. 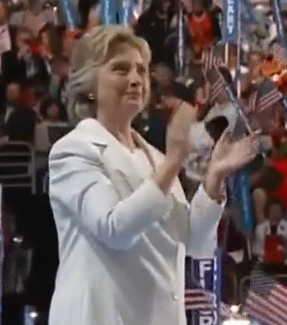 That was one of several media releases sent yesterday by a variety of pro-Bernie Sanders organizations not sold on Hillary Clinton’s nomination to be President by the Democratic Party.  Clinton, dressed in a white pantsuit, accepted the party’s nomination last night, after a long line of speakers aired complaints about everything from student debt, to low wages, to pay equality, to gun violence, to inequality for women and everybody else that wasn’t a white Christian male of European heritage. 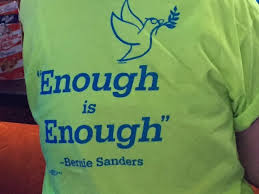 Bernie supporters: Not so unified

In her speech, which was heckled at times by Bernie supporters clad in bright neon green shirts in protest of the nomination process and chanting Bernie’s name, causing Clinton supporters to shout her’s in response, Clinton attacked Republican nominee Donald Trump on everything from his business acumen to his temperament.  She called him out for manufacturing his Trump branded items overseas rather than in America and asked if he can ignore his debt, as he’d done in the past, why can’t American students refinance theirs.  (Might have something to do with the Obamacare law that took over the student loan market…).  Clinton promised a laundry list of typical Democrat programs and platitudes, promising to pay for it with new and higher taxes on Wall Street, corporations and the super rich saying they needed to pay their fair share and that’s where all the money was, she should know.

For his part, Trump responded in real time on Twitter saying:

Hillary’s refusal to mention Radical Islam, as she pushes a 550% increase in refugees, is more proof that she is unfit to lead the country.

Hillary’s vision is a borderless world where working people have no power, no jobs, no safety.

Hillary’s wars in the Middle East have unleashed destruction, terrorism and ISIS across the world.

No one has worse judgement than Hillary Clinton – corruption and devastation follows her wherever she goes.

It’s going to be an interesting one hundred two days!