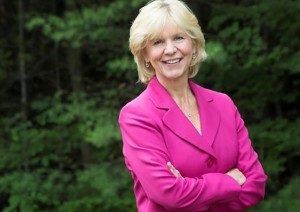 Forrester:  “I am that conservative leader.”

Republican gubernatorial candidate Senator Jeanie Forrester signed the Americans for Prosperity Pledge to the New Hampshire Citizens.  The pledge has five points:  Cut taxes and fees and oppose tax increases, cut spending and the size of government, pass a Right to Work law, oppose all forms of ObamaCare and uphold both the N H and U S constitutions.  We’ve linked to it so you can take a look.

Forrester also launched a video attack ad on Facebook criticizing Executive Councilor Chris Sununu and Mayor Ted Gatsas for not signing the pledge.  In the video, which we’ve linked to from this news read at Girard at Large dot com, Forrester, who voted to implement ObamaCare in the state by voting for the Expanded Medicaid program, attacked Sununu and Gatsas, saying they refused to repeal ObamaCare and to pledge against higher taxes as governor. 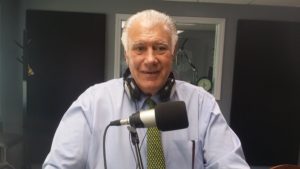 She said the election was about the future of the Republican Party and that the state deserved a leader who was unafraid to say that ObamaCare must be repealed.  In what appeared to be a shot at Sununu, whose economic development plan she’s consistently criticized, Forrester said, quote:

She concluded saying quote:  “I am that conservative leader.”

Meanwhile, the Gatsas and Sununu campaigns were busily going at each other yesterday.  Sununu’s Communications Coordinator David Abrams dismissed the mayor’s challenge for Sununu to join his call for Education Commissioner Virginia Barry’s resignation as quote “grasping at straws.”  That brought a retort from Gatsas Campaign Manager Nate Lamb, who said quote:

Councilor Sununu has had several opportunities during his six years in office to fight against Governor Hassan’s pro-Common Core and anti-school choice nominations for the State Board of Education and for Commissioner of Education.  Instead of fighting for New Hampshire families and local control, he folded like a cheap suit under pressure from Democrats and voted for these radical nominees.  This is another reminder that Councilor Sununu’s hollow words don’t match his actions in Concord.

The Manchester Board of Mayor and Aldermen had a busy meeting on Tuesday.  It narrowly approved a pilot program using one man automated trucks to pick up trash, and voted overwhelmingly to grant air rights over the Bedford Street Parking Lot to facilitate the construction of a new hotel and parking garage and approve a one year contract extension that granted firefighters step raises and a one percent cost of living adjustment.  The union said it would continue negotiations on a permanent contract, though we note this is the second consecutive one year extension to continue negotiations they’ve received. 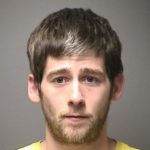 Russell: Turns self in

Thirty year old Robert Russell, of 10 Canterbury Way in Merrimack, turned himself into Manchester’s police Tuesday night.  Russell was wanted in connection with a baseball bat attack, which occurred on July twenty ninth.  Three people were assaulted, including a 16-year old male and two adults on the rear porch of 2 7 4 West Hancock Street.  Russell was charged with three counts of First Degree Assault and arraigned in Manchester District Court yesterday.

The Manchester Health Department has reopened the public beach at Crystal Lake.  Testing has shown E. coli levels are again within acceptable limits.  The Health Department will continue to take weekly water samples at Crystal Lake through Labor Day.  I’m thinking these guys should go to Rio and get things cleaned up before the athletes have to jump into that disgusting water along the city’s beaches. 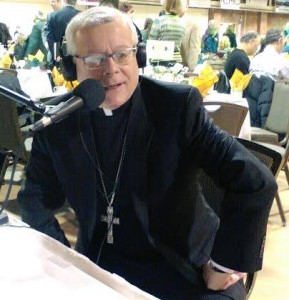 The Most Reverend Peter A. Libasci, Bishop of Manchester, issued a statement reminding the faithful that the newly-reopened St. Stanislaus Parish in Nashua will celebrate its first Mass on Sunday, August seventh, at 10:00 a.m.  Reverend John Brancich, a member of the Priestly Fraternity of Saint Peter has been named pastor of the parish.  Saint Stanislaus was twinned with Saint Aloysius of Gonzaga in 2002.  Libasci reestablished it as an independent parish and entrusted it to the members of the Priestly Fraternity to dedicate it to the Latin Mass, also known as the Celebration of the Extraordinary Form of the Mass and the Sacraments.

That’s news from our own backyard!  Girard at large hour ___ is next!