POU water systems to be distributed

Tonight at 7:00, officials from the New Hampshire Department of Environmental Services and representatives of Textiles Coated International, Inc. will be in the Barbara Landry Meeting Room on the 2nd Floor of the Amherst Town Hall to discuss point of use water treatment systems.  P O Us are being made available to properties that will not be connected to municipal water this construction season and that have wells containing perfluorooctanic acid and perfluorooctane sulfonate at a combined concentration greater than 45 parts per trillion, which is less than the New Hampshire Ambient Groundwater Quality Standard of 70 parts per trillion.  The P O Us will be installed at no cost to the property owner. 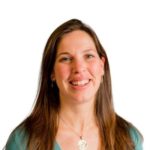 There will be a short presentation on the design of the P O Us and the steps required to install them.  The representatives will be available to answer questions and residents will be able to sign up for an appointment.  Please feel free to contact Kate Emma A. Schlosser at 2 7 1  2 9 1 0 or at her email address, which we’ve published with this news read,  Kate Emma dot Schlosser @ d e s dot n h dot gov with any questions.

The Candia Police Department issued an alert about a burglary on Crowley Road that took place between one and five yesterday afternoon.  They’re asking residents with any information to call the station at 4 8 3 2 3 1 8.

New Hampshire non-profits have an opportunity to get a major helping hand as Building On Hope, a N H based organization of volunteers who provide renovations to deserving non-profits, is currently searching for its next “Extreme Makeover” type renovation project.  Building On Hope is accepting submissions from in-state, non-profit organizations in need of significant improvements to facilities they operate.  Since it formed in 2009, it has completed $3.6 million in renovations to four New Hampshire organizations including Easterseals NH, Girls Incorporated, Opportunity Networks and Manchester Police Athletic League through donated goods and labor. 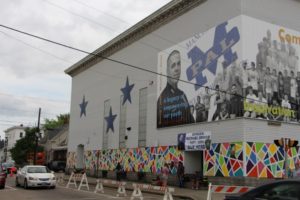 Briggs Center: Most recent project was a big one

To meet the criteria, the organization must be a 5 0 1 c 3, own their facility and be located within 20 miles of Manchester.  To be considered for its 2018 signature project,  compose a letter describing the non-profit’s mission and programs and how they benefit the community.  Organizers also request you explain the needed renovation work and it could transform the organization and its services.  All letters should be emailed to Karen Van Der Beken at [email protected] by December 31st.  We have the email link with this news read.  For additional details about the organization, its work or how you can donate or volunteer, visit building on hope dot com.

Tax bills aren’t the only thing going up in the Queen City.  Comcast, the city’s one and only cable provider, has notified the Board of Mayor and Aldermen that cable bills are on the rise.  A review of the information on the board’s agenda for tonight’s meeting shows that every service offered will increase by five bucks per month, except for the Internet Bolt-On with Performance or Blast services.  They’re going down by five bucks per months. 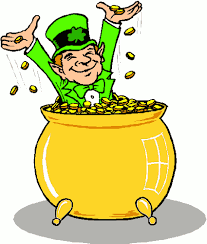 As to the Queen City’s tax bills, well they hit mailboxes late last week.  To the shock of many, but the surprise of almost none, their tax bills didn’t go down as advertised because of a minor tax rate decrease.  Turns out the more than four million dollars collected in taxes above and beyond the tax cap actually didn’t fall from Heaven like manna for the starving masses.  It will have to be paid for by the city’s taxpayers.  The rough math is that two thirds of the increase Queen City taxpayers will pay is a result of collecting tax revenue above the cap.  In other words if your taxes went up two hundred bucks, they would have only gone up by sixty six had the city stayed within the cap.

F Y I, on tonight’s meeting agenda for the Board of Mayor and Aldermen is final approval of the contract with the Manchester Association of Police Supervisors, which reinstates the annual step raise scale, provides cost of living increases of one percent this year and three percent in the next two years and creates hazardous duty pay for all supervisors, to the tune of more than eight hundred thousand dollars over the next three years, starting in this budget year, which already has a projected deficit, largely because of the contract the board approved for the Manchester Police Patrolman’s Association.  The contracts also increased the minimum Extra Detail pay from three hours to four.  But don’t worry, that doesn’t come from the taxpayers, usually anyway, it just comes from consumers.

Auburn: Emergency plan to be revised

The town of Auburn will start updating the its Hazard Mitigation Plan tomorrow.  The original plan, adopted in 2012, was developed following guidelines of the Federal Emergency Management Agency and is supposed to be updated every five years.  Auburn has authorized the N H Department of Safety to contract with the Southern N H Planning Commission to prepare the plan update.  The $6,000 contract is being paid for by federal funds available to the Department of Safety.

The meeting will be held tomorrow morning at 10 at the Auburn Town Hall.  We’ve linked to the agenda  so you can take a look.  Municipalities are required to have a current plan in place in order to apply for Hazard Mitigation Grant funds that become available through the N H Bureau of Emergency Management and Homeland Security.