Hurry up and wait, conversion delayed

After all the notices sent by various communities announcing that there would be no auto registration activity because of the installation of a new software system by the N H Department of Motor Vehicles to comply with the REAL I D Act, the town of Bedford sent notice last night that the D M V notified the it that the implementation of their new system will be delayed.  Therefore, D M V registrations in the town of Bedford will resume tomorrow and continue as per usual until further notice.  They say they will provide any updated information as they receive it.  We’re assuming other communities will be sending similar notices once they check their emails or other messages. 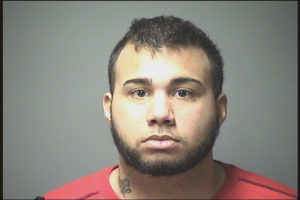 Conway: Having a bad day?

An otherwise quiet South Manchester neighborhood saw some excitement Saturday morning as members of the Manchester Police Department SWAT Team descended on two thirty five Cameron Street, with the Bearcat in tow.  Seems that twenty six year old Robert Conway was having something of a meltdown.  According to police, Conway reportedly assaulted a family member, threatened to burn the house down, and stated that the police would have to destroy the house and shoot him to take him  into custody before locking himself in a bedroom.

Family members were evacuated from the residence as personnel established a secure perimeter and attempted to contact Conway.  Police say the Bearcat was deployed as a precautionary measure since family members reported firearms were secured in the residence.  Conway apparently didn’t really want to get shot as he surrendered peacefully  shortly after police arrived.  He was charged with two counts of Simple Assault, Domestic Violence related and held on a “preventative detention” based on the incident.  Conway will be arraigned in Manchester District Court tomorrow.

If you think that’s bad, get this out of Candia.  The Candia Police Department released its monthly stats and it’s clear there’s been an up-tick in the now infamous Candia Crime Wave!  During the past month, the Candia P D issued a stunning one hundred motor vehicle warnings, but only two motor vehicle summons.  They also arrested five out of towners and one Candia resident.  Charges included, Disobeying an Officer and Reckless Operation, Operating Without a License and Speeding, two counts of Fraudulent Use of a Credit Card, Conduct After an Accident, Operating w/o a valid license, suspended registration and an active warrant out of Hooksett District Court for Operating w/o a valid license, and Driving While Intoxicated.

Candia’s cops also sent out a separate press release regarding the arrest of two burglars not included in the report.  Must’ve taken some time to process the paperwork.  Anyway, on February 15th at about ten to two, the department was dispatched to a burglary in progress at a residence on Chester Turnpike, where they’ve actually had real burglary issues.  Officers arrived in time to capture thirty four year old Keith Babcock of Seabrook and twenty four year old Dallas McNeill of Manchester.  They were charged with attempted burglary and conspiracy to commit burglary, among other charges.  Babcock was arraigned on February 16th and is being held at the Rockingham County Jail awaiting extradition to Massachusetts on undisclosed charges.  McNeill was released on personal recognizance bail and has a court date of March 22, 2017 in the 10th Circuit District Candia Division Court.

Not to be outdone, cops in Hooksett found themselves in for a wild ride late last Thursday night as a Domestic Violence call took a dramatic turn.  Forty year old Robert Wilcox was arrested on domestic violence charges from a dwelling on Coaker Ave., but not before having to be tazed.  Seems he didn’t want to be put in cuffs and taken away, so when officers attempted to do just that, Wilcox pulled both of his arms away and began to fight with the officers.  He managed to put one of them in a headlock before being zapped with the taser.  Police say he was drunk.  Wilcox was charged with three counts of Domestic Violence Simple Assault, two counts of Resisting Arrest or Detention and one count of Simple Assault on a Police Officer. 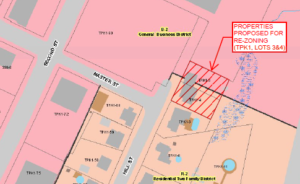 Rezoning: From residential to business…hurray!

The Manchester Board of Mayor and Aldermen will hold a public hearing on a zoning change proposed off of Second Street tomorrow night at six thirty.  After glancing at the documents, it would appear as if it involves a single parcel of land adjacent to the Subaru of Manchester property.  It looks as if they’d be extending the B-2 Zoning District to the parcel to facilitate a small expansion of the dealership’s operation.  In documents presented to the board, city planners say it would improve the tax base and potentially create jobs.  The hearing is tomorrow night at six thirty in the Aldermanic Chambers of City Hall.  Frankly, everything east of Second Street from the Queen City Bridge t0 the Bedford border out to be rezoned.  That way, Public Health Director Tim Soucy could stop complaining that fast food restaurants are making neighborhood residents fat.

There’s a “dance off” at the Jewett Street Elementary School in Manchester, tomorrow.  It’s the result of collaboration between the music and physical education teachers who joined forces to combine lessons in rhythm and movement.  Students in kindergarten through fifth grade have been exploring the relationship between music, dance and physical activity, as well as practicing music timing, footwork and motor skills for coordination.

The building will be rockin’!

Each lesson started with warm-up exercises, including jumping jacks, leg stretches, toe touches and running in place.  The teachers introduced different types of music with dance steps and choreography to go with them.  Some familiar line dances – the Macarena, Cotton-Eye Joe, and Electric Slide – were on the list, along with traditional square dancing and some freestyle.  The students also used drum sticks to learn about beat patterns.   The 45-minute sessions, they say, served as good cardio-vascular workouts to build endurance, as well.

The dance-off marks the end of this cross-curriculum unit.  The assembly will feature demonstrations from students in each grade level showing off the dancing and drumming talents learned or enhanced by the exercise. 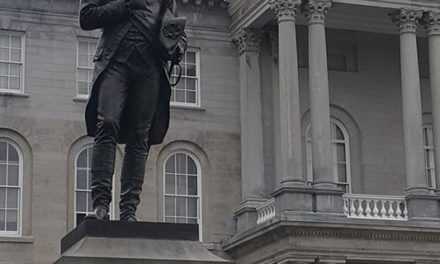