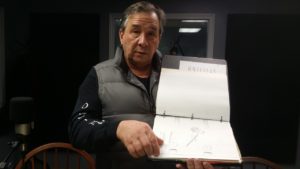 Naile: Here’s how it works

A little bird called me early this morning to let me know about an article regarding voter fraud in the Manchester paper. It is a letter to the editor by two attorneys warning everyone about Senate Bill 47, a bill to let SoS Bill Gardner, of all people, handle voter fraud investigations – not the NH AG’s fumbling office.

The left-wing lawyers are right. It would be an abomination to let Secretary of State Gardner have anything to do with investigating voter fraud – or even our current political hack of an AG. Both have had plenty of time to clean up our election law violations.

Here is the real story, according to my 20 years working on the subject:

Gardner and the AG want to slip past another election and get by with as many out-of-state Democrat votes as possible involved in our elections – as they have for years. There is no other way to explain their complete lack of action on the subject.

The liberal lawyers though, they have a better reason for not letting Gardner near investigations. They want another half million dollars handed to the NH AG for investigations. But not for voter fraud. They are happy with what the NH AG does prosecute – losing cases against Republicans. 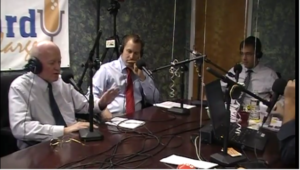 How much did the NH AG spend trying to prosecute Cong. Charlie Bass for “push polling” when he wasn’t push polling – and everyone knew it? The NH AG lost in the lower courts and appealed only to lose again. The NH AG was trying to make a simple message test to 400 potential voters, something the polling industry does all the time, into a statewide push poll, which would make thousands of calls to be effective. It was a non-starter prosecution but made for great headlines for Democrats. It was kind of like a gift.

And when will the NH AG drop the phony case against Joe Barton – or lose it? They have had a long time to prosecute a Republican poll watcher who has real, live, witnesses on his side.

But bring a real voter fraud case to the NH AG and what do you get? You get the worst case of losing a case I have ever seen. Let’s talk candidate impersonator Carl Robert Gibson.

NH AG Joe Foster: At best, has done nothing on voter fraud

Did the NH AG get statements from witnesses? Nope.

Did the NH AG take the dirt ball’s computer used in his alleged crime? Nope.

Are they using some relevant evidence about Gibson’s other calls I know they have? Nope.

Did they object to my 27 page Amicus Brief showing Gibson has similar behavior in his past? Yep.

Are they trying to let Gibson get away with claiming it was all satire? Sure looks that way.

So the liberal lawyers would love to hand another half million dollars to the NH AG to spend. Why wouldn’t they?

There are two ways to end the State of NH policy of letting non-residents vote.

Letting Bill Gardner or the NH AG chase chickens back in the coop is a bit lame. We have seen that circus before.