Our top story this morning comes from Manchester where the Department of Public Works announced it will begin testing of the city’s Snow Emergency Alert System tomorrow and the next day, the fifteenth and sixteenth.  They stress it’s only a test, so when you see the flashing lights atop various traffic signals at intersections across the city between the hours of seven and three, you need not need worry about getting your car off the street.  Of course, nobody worries about it anyway.

Vargas:   Wants to stay another year

The Manchester Board of School Committee received some good news at its meeting last night.  It seems that Superintendent Dr. Bolgen Vargas, who will be our guest on Thursday, is having the time of his life and would like to exercise the option to extend his contract for another year.  Vargas’ current contract expires on June thirtieth.  Under the terms of his contract, Vargas must notify the board of his decision to stay or go and the board must vote to extend the contract by December thirty first.

That announcement came in response to at-Large Committeeman Rich Girard’s question as to whether or not Vargas wanted to extend his contract for a year.  Girard asked the question after Vargas initiated presentations regarding an overhaul of the district’s course offerings and master scheduling efforts and shared that he and his new leadership team had resolved nine of the twelve major special education issues the state Department of Education had raised in April and threatened action against the district for not addressing in a follow up letter the board received in September.

After receiving the September letter and entering into a lengthy non-public session to discuss personnel matters, the board authorized Vargas to take whatever steps were necessary to correct the situation.  He did and heaped praise on the staff, including newly hired and reassigned personnel, saying they did, quote “incredible work.”  I’ll say. 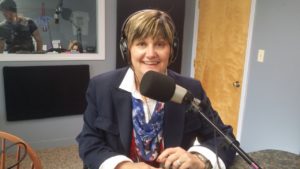 Vargas also announced that the district had been working with the state to evaluate the operation of its pre-school program for developmentally delayed children.  Administrators caused an uproar with parents and staff with changes that were poorly, if ever, communicated and ran afoul of expectations at the beginning of the school hyear.  Normal order, if it can be put that way, was restored to the program and Vargas said a team will be evaluating various operational policies, in conjunction with the DOE, that have hamstrung the district’s ability to manage the program.

The board also approved adopting the Next Generation Science Standards for the district’s middle schools.  Girard and Ward Five board member Lisa Freeman were opposed.

Ward Two School Committeewoman Debra Gangon Langton has filed for a recount of her twenty vote loss to Democratic political operative David Scannell, who received one thousand seventy votes to her one thousand fifty.  There were more than three hundred blank ballots in that race and nine absentee ballots that weren’t counted.  Langton was the third and final candidate to file for a recount before the request window closed yesterday at five.  She said she filed because so many supporters asked her to.

Ward Three Alderman Patrick Long filed for a recount in his seven vote loss to challenger Tim Baines.  Ward Six challenger Peter Macone filed for a recount in his twenty five vote loss to Alderman Elizabeth Ann Moreau.  All three recounts will be conducted this Friday in the Health Department’s Community Room located at the Carol M. Rines Center on Elm Street.  And, since the recount will take place after our show goes off the air, you’ll have to check our Web site for the results since we won’t be on the air Monday to announce them.

New Hampshire Attorney General Gordon J. MacDonald and Concord Police Chief Bradley Osgood announced the arrest and arraignment of twenty one year old Spencer Grayson, of Concord, for dispensing the drugs which led to the overdose death of thirty year old Ryan Smith, also of Concord.  Smith died at Concord Hospital in July after overdosing on fentanyl and methamphetamine behind the Cumberland Farms at 1 9 6 North Main St.  Grayson was charged with a total of five felony counts which stemmed from drug dealing and Smith’s death.  His bail was set at one hundred thousand dollars cash, with various conditions.   Anyone with any information is asked to call Lt. Sean Ford at 2 2 5 8 6 0 0 or the Concord Regional Crime line at 2 2 6 3 1 0 0.

Police in Merrimack are asking for the public’s help identifying the culprits in a rash of automobile break-ins.  They say there were numerous thefts from motor vehicles on Sunday night in the neighborhoods off Wire Road.  They’re asking folks to lock their cars and call them if they saw anything suspicious.  They specifically asked those with security cameras in the area of Falcon Drive, Eagle Drive, and Dodier Court to review their footage to see if they captured any images of potential suspects.

The town of Hooksett has announced that its offices will be closed on Thanksgiving Thursday and Black Friday, which are next week.  They ask that you plan any business you might have with the town accordingly.

The ninth annual Catholics in the Public Square event, entitled “Pro-Woman, Pro-Family, Pro-Life: Church Teaching on Sex and Birth Control” will be held at the New Hampshire Institute of Politics at Saint Anselm College on Saturday, November 18th, from 9:00 a.m.to noon. 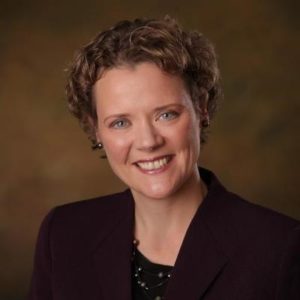 In announcing the event, Meredith Cook, Director of Public Policy for the Diocese of Manchester, said those who accuse the church of waging a war on women because it opposes government contraception mandates in insurance policies and government funding of abortion are the ones really waging the War on Women.  She said the Catholic Church’s pro-life positions are, quote:  “authentically pro-women and honor the ‘feminine genius,’ the special contribution of women to our Church and our society.”

The event is free of charge, but advance registration is requested and can be done online at catholic n h dot org slash public square or by contacting Annette Desmond at 6 6 3 0 1 1 0.

Ignore it, just like when it’s warnings are real

Once again, our tops story this morning:  The city of Manchester will be testing its Snow Emergency Alert System tomorrow and Thursday.  Pay no attention to the flashing lights atop the traffic signals at various intersections across the city, just like when the city actually does declare snow emergencies.

History and the Stock Market

City Revaluation and the Tax Cap