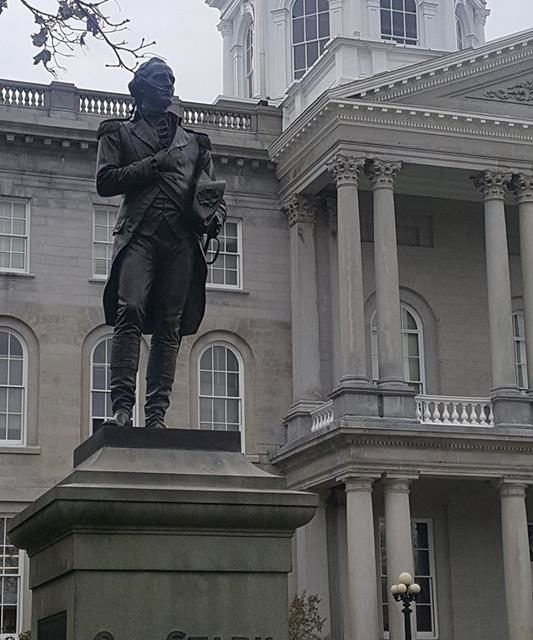 Senate Bill 1 9 3, the bill that allows parents to establish Education Savings Accounts for their kids, is one step closer to becoming law after receiving an “Ought to Pass” recommendation from the House Education Committee yesterday.  That was a bi-partisan vote with two Republicans voting against the bill and two Democrats, including Manchester Ward Nine State Rep. Barbara Shaw, voting in favor.  Under the bill, parents who want to send their children to any school other than the government run one mandated by their school district, would enter into a contract with an eligible scholarship organization which would effectively channel a portion of the state’s education adequacy grant for that student to the parent for approved uses, including paying tuition, curricular materials, tutors, transportation, educational services or therapies, computer equipment and software, standardized tests and more.  Homeschooling parents would also be eligible to receive the funds.This, of course, has the educrats and unions losing their minds, saying the empowerment of parents, specifically those who are low and moderate income, will destroy public education by depriving it of necessary funds.  Some have even called the move unconstitutional because parents might use the money to pay tuition to religious schools. Kids: It’s for them

Anyway, the fault lines on this argument run like this:  Supporters say education should be about the child and that public education funds should go with the child to where they will receive the education that best suits them.  Opponents claim that government funds should only go to government schools so they can be made better and that allowing parents to use taxpayer funds for other options will lay waste to the government school system.

Governor Christopher Sununu weighed in on the bill, issuing a statement yesterday praising its bi-partisan compromises and passage.  He referenced last week’s presentation by the Encarnacion family, who shared the life changing opportunities education freedom provided them.  He congratulated the committee for listening to them and many other families like theirs in recommending the bill ought to pass.  Said Sununu, quote:

Sununu: He’s behind the bill

“New Hampshire has signaled to families that we are focused on the kids. This is the first step in ensuring that New Hampshire’s education system continues to be on the forefront of innovation, giving parents and children the ability to choose the education path that is best suited for them, closing the opportunity gap and opening pathways like never before, regardless of economic status. Politics were put aside today, and I applaud the House Education Committee for reaching a bipartisan compromise that puts New Hampshire families first. We will continue to champion this groundbreaking legislation and will work with other members of the legislature as this bill moves through the process.”

The bill has already passed the Senate, which will likely concur with the House version if it passes in January.  If all that happens, then it’s on to the governor’s desk for his signature and into the law, and history, books.

You can bet, we will discuss.  Education Freedom with State Rep Glenn Cordelli

O’Neil: When is it time enough?

The meeting of the Manchester Board of Mayor and Aldermen was short and rather testy last night.  At-Large Alderman Dan O’Neil threw a fit over Mayor Ted Gatsas’ request to suspend the board’s rules and approve his nomination of interim City Solicitor Emily Gray Rice to the position on a permanent basis.  While praising Rice’s credentials and performance, O’Neil insisted the nomination follow the regular process so that aldermen who wanted to speak to her about the appointment could.  He also chastised Gatsas for sending out a second agenda containing the nomination.  That, said Gatsas, happened because of an error in the clerk’s office which City Clerk Matt Normand confirmed.  That didn’t matter to O’Neil.  The aldermen needed their time.  Gatsas questioned why they needed time to when they’d had the past four or five months to talk to Rice.  The motion to suspend the rules failed and, at the suggestion of Ward Nine Alderman Barbara Shaw, the nomination was laid on the table for a vote at next week’s meeting of the board, which would still not conform to the board’s rules O’Neil insisted be followed. Gatsas: Vetoes until the end

The board also voted to approve employee union contracts last night.  The first was for the certified educators contract with the school district.  It passed.  The second was the union contract for the police support staff.  Gatsas vetoed the contract saying the money to pay for it didn’t exist and he said it would give the green light to other unions to come forward with unbudgeted pay raise deals.  Standing with Gatsas on the override, which succeeded, were  Ward Five’s Tony Sapienza, Ward Sixes Elizabeth Ann Moreau, Ward Twelve’s Keith Hirschmann and at-Large Alderman Joe Kelly Levasseur.  We, of course, found it curious that Shaw and Ward Seven’s Bill Shea voted for the contract given their strong support of the Tax Cap in the election.  Kinda reminds me of why Gatsas asked rival Joyce Craig whether or not she’d oppose contracts that would lead to a tax cap override.  We’ll have to wait and see, won’t we.  Hm, maybe we’ve just seen.

Tax rate: Better than predicted, but…

Also on last night’s agenda was a memo from Finance Officer Bill Sanders about the city’s tax rate.  It went up by just eighteen cents to twenty three dollars and thirty two cents; an increase of just over three quarters of a percent and ten cents lower than projected by the board when it passed the budget.  Among the factors that favored the taxpayers was a surplus that turned out to be more than a million dollars higher than expected and an education grant from the state that was three hundred thousand dollars higher.  All in all, the taxpayers were spared having to pay just under nine hundred thousand dollars less than projected. Don’t pop the champagne cork quite yet, though.  As Gatsas pointed out, the board will have to replace the now two point seven million dollars in one time revenues used from the last budget’s surplus under the tax cap next year before it can increase any spending.  Good luck with that!