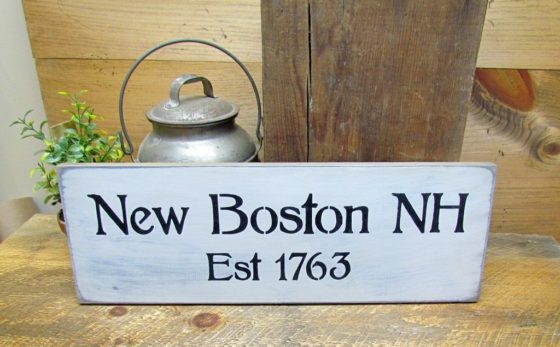 A few weeks ago, I was asked to help a couple, John and Mona Winslow of New Boston, who were the subject of an administrative order to have “junk” removed from their property.  The property is a pre-existing, nonconforming use in effect from about June of 1965.  Tons of documentation prove this.  The Town, in document after document – documents the pre-existing nonconforming uses of the 1.5 acre lot.  It is a one-man repair garage, towing service.  He plows snow, welds, fabricates, and performs all manner of mechanical magic.

John Winslow is the typical, old-fashioned Yankee who can make something out of nothing.

Some New Boston officials have found an opportunity of a lifetime to strip the property of its grandfathered use by calling it a junkyard.  Yes, it has junk and unregistered vehicles, along with storage bodies.

John Winslow has never applied for a junkyard license though he could have.  Calling it a junkyard for purposes of stripping the lot and the Winslow’s vested property rights gave New Boston officials the ability to take Mr. Winslow to Superior Court – which they did in 2016.  The case and cleanup, which I will now refer to as the “clean-out,” has dragged on since the case started with the grand finale being an attempt to enter the garage and locked trailers to take “junk.”

I will detail in articles to come the names of the offending New Boston officials responsible for cleaning out the Winslow property of junk and property rights but first lets see how New Boston town officials proceed – when in a hurry.

New Boston officials, or one of them, contracted with a private hauler, in this case a logging company without proper equipment, to do the dirty deed.

One problem: New Boston never signed a contract with the company so no written proof of what limits, if any, were placed on the “junkyard removal service.”

Several weeks ago, after being asked to help the Winslow’s, whose lawyer dropped them right at a critical time, I took a trip to New Boston’s Town hall and dropped off a Right to Know Request. A ll I wanted was a simple copy of the contract between the Town and “junkyard removal service.”

Turns out there was, and never has been, any contract?

You know what that means.  There probably isn’t a certificate of insurance either.

But the Town has a policy of requiring insurance of sub-contractors, why they even require John Winslow to have insurance to operate his towing service.

This means I have to stroll back down to New Boston and get hard copies of things that don’t exist for the next phase of this project which will now include:

I hope to have this wrapped up soon, so I can package it up for New Boston’s insurance company, PRIMEX.  Do you think they might be interested?

The two major reasons I am interested in acquiring documents from the Town of New Boston is because the contractor is hauling “junk” from the Winslow property to an unlicensed, illegal junkyard in Dunbarton!  It is a twenty-acre parcel with about 41 tractor trailer bodies and too many unregistered cars to count.

Here is an aerial photo:

It appears New Boston might have stepped in something while stomping all over property rights.

But this is just the beginning.