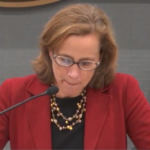 Since March 2018, I have had the privilege of chairing the school board’s Special Committee on Negotiations.  Often, the committee has been criticized by Mayor Joyce Craig and her acolytes in the unions for the “lack of progress” made toward finalizing contracts.  Craig went so far as to attempt a coup against the committee, asking the Board of School Committee to disband the committee and turn negotiations over to new Superintendent Dr. John Goldhardt (who didn’t want to do it) and the attorney that has been working with the committee.  Despite having help from mutinying committee members Sarah Ambrogi (D-Ward 1) and Kate Desrochers (D-Ward 11) Craig’s attempted overthrow failed.

Had Craig succeeded, she would have given the unions something they’d been demanding for well over a year:  the elimination of the committee, especially its chair, which they consistently blamed for “lack of progress” in negotiations.  Having failed, she gets to go back to the unions and say, “Well, I tried,” perhaps sufficiently placating them as we head into the coming election. 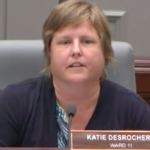 What this episode underscores are the challenges of negotiating contracts in an exceedingly political environment.  Up until that point, the negotiations committee had remarkably avoided “politics,” which, given the make up of the committee, most people didn’t think was possible.  However, up until Mayor Craig’s ill-fated bid to deliver for the unions, the negotiations committee remained singularly focused on the changes needed to each contract and was unanimous in all the decisions it made.  That was no small feat given the broad ideological differences held by members of the committee, which also includes Ross Terrio (R-Ward 7) and Jimmy Lehoux (R-Ward 8).

The challenges have been many.  We have salary structures across the board that do not conform to the tax cap.  We have benefit structures that are expensive and antiquated.  We have work rules that make it very difficult for the district to manage and are so rigid they provide little, if any, of the flexibility needed today.  In addition, there were legitimate concerns raised by every one of the five unions we have sat with to date, which we have done our level best to address.

The issues aside, the committee has also struggled with a mayor that has both sought to micromanage the negotiations and discussed contracts with the teachers’ and principals’ unions outside of the negotiation process.  She’s admitted publicly, including during a recent debate sponsored by the Union Leader and NH Public Radio, that she’s spoken with the unions about negotiations.  Prior to her coup attempt, she had been clearly carrying water for the principals and teachers in non-public session, attacking various issues they didn’t like.  She’d also made several attempts to get board Vice-Chair Arthur Beaudry (D-Ward 9) to dump or change the  committee; something Beaudry refused to do.  She also continually contacted Ambrogi and Desrochers to get information about the committee, float ideas or try to influence the decisions it made.  In a word, she’s been meddlesome.

Her actions haven’t just violated the city charter and the board’s rules, which make clear that no board member can act without the explicit approval of the board, they’ve damaged negotiations.  After a meeting to update its membership on negotiations, one Manchester Education Association official told the teachers assembled that they had a “back channel” with Craig on negotiations.  Just days after the negotiations committee sent the MEA a letter to reopen negotiations after the fact-finders report was rejected, the MEA went to Craig to complain about the proposals it contained.  Craig then demanded to know who “authorized” the committee to send the proposals and began to pressure the board to revoke the committee’s proposals.  She failed.

Before the Teamsters sent a letter to school and aldermanic boards chastising me for stalling negotiations, Association of Manchester Principals President Brendan McCafferty met secretly with the mayor specifically to discuss negotiations.  In non-public sessions she said she “heard” that the principals were against certain proposals and tried to get the board to direct the committee to withdraw them.

These internal challenges aside, many of the unions haven’t been terribly cooperative.  What’s plagued the process, generally, has been an unwillingness on behalf of the unions to meet.  For example, the MEA first declared impasse in June 2018 over our proposal to either return to the prior 180 day school year or make up snow days in the current 175 day school year.  They then refused to meet until we had a salary proposal.  All totaled, the MEA has refused to be at the table for about 13 of the last 19 months, either because they flat out refused to meet or because meetings weren’t possible in wake of their second Declaration of Impasse and invocation of mediation.  The subsequent fact-finding also kept us away from the table for about a month.

The MEA isn’t the only bargaining unit that’s been hard to get to the table.  Two other bargaining units refused to meet basically from February to September.  Another has the habit of offering dates, then saying they’re not available after we agree to them and canceling, usually at the last minute, the ones that actually get scheduled.  They’ve been away from the table since May.

Despite all of this, we do have a tentative agreement with one bargaining unit, we’re finalizing the language to reflect what was agreed to,  and are awaiting an answer on our “last, best and final offer” to another.  We’re cautiously optimistic we’ll have two significant contracts ratified in the near future.

Knowing that Mayor Craig has been “in contact” with at least two of these unions, both of which are affiliated with all but one of the remaining unions, and given what she said about “the next board” dealing with settling the contracts in the Union Leader/NHPR debate, one has to wonder whether or not she’s been instrumental in all of the foot dragging they’ve blamed on the committee.  (Not surprisingly, the one union not affiliated with either group has been the most cooperative at the table.)  If reelected, Mayor Craig will continue to interfere with the process until the unions get a deal they want, the taxpayers and district be damned.  This is just one of many reasons why I will be voting for Victoria Sullivan to be Manchester’s next mayor.  She’s pledged not to interfere with the negotiations process and I dare say had she been mayor, or had Mayor Ted Gatsas won reelection, these contracts would have been settled on terms that are fair to the taxpayers and teachers long ago.