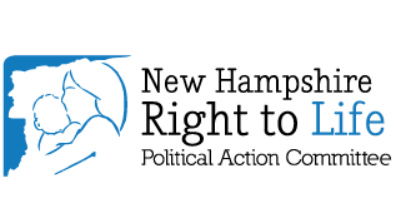 MANCHESTER, NH  July 20, 2021–The campaign of Republican Manchester mayoral candidate Richard Girard announced it was endorsed by the NH Right to Life PAC, today.  NH Right to Life is the oldest and largest citizen group working to foster respect for human life from the moment of conception to natural death.

In announcing the endorsement, Girard took direct aim at incumbent Mayor Joyce Craig, who supports abortion on demand up until the moment of birth.  “As a candidate and as mayor, Joyce Craig has embraced and brought radical and divisive left wing social policies to City Hall.  She tells business and property owners they can’t control the sidewalks in front of them because homeless vagrants have constitutional rights yet, she supports the unconstitutional ‘Buffer Zone Law’ that bans peaceful ‘pray-testers’ from the sidewalk outside of the Planned Parenthood clinic on Pennacook St.  As with so many things, Joyce Craig tries to have it both ways.

“Craig opposed our state’s newly adopted ban on late term abortion and has accepted the endorsements and mountains of money from radical pro-abortion groups like Emily’s List and Planned Parenthood, organizations that oppose ANY restrictions at all on abortion.  Together, they have mobilized thousands of pro-abortion voters who normally don’t vote in local elections to vote for her in Manchester.  This endorsement is a call to action to all who oppose this radical abortion on-demand coalition that is out of step with the vast majority of voters.  Your vote will not only ensure that Manchester does not let these radical policies and positions further infiltrate the city’s government or schools, it makes it less likely that pro-abortion candidates like Joyce Craig will run for higher office where her positions can do even more damage to our culture and the pre-born.

“I am grateful and honored to have this endorsement.”

Endorsement of the NH Right to Life PAC, as released to the media:

NH Right to Life believes Manchester needs a mayor who understands and reliably supports the inalienable right to life for all people, young, old, born and pre-born.

Girard’s career in municipal politics has proven him to be a stalwart supporter of the unborn.  As an alderman, Rich exposed and stopped Planned Parenthood’s attempts to infiltrate the schools.  He lobbied the Zoning Board of Adjustment to deny the variance that enabled Planned Parenthood’s abortion clinic. He has given many pro-life advocates a needed voice in Manchester.

We wholeheartedly endorse Rich Girard for Mayor of Manchester.

Girard has also been endorsed by: