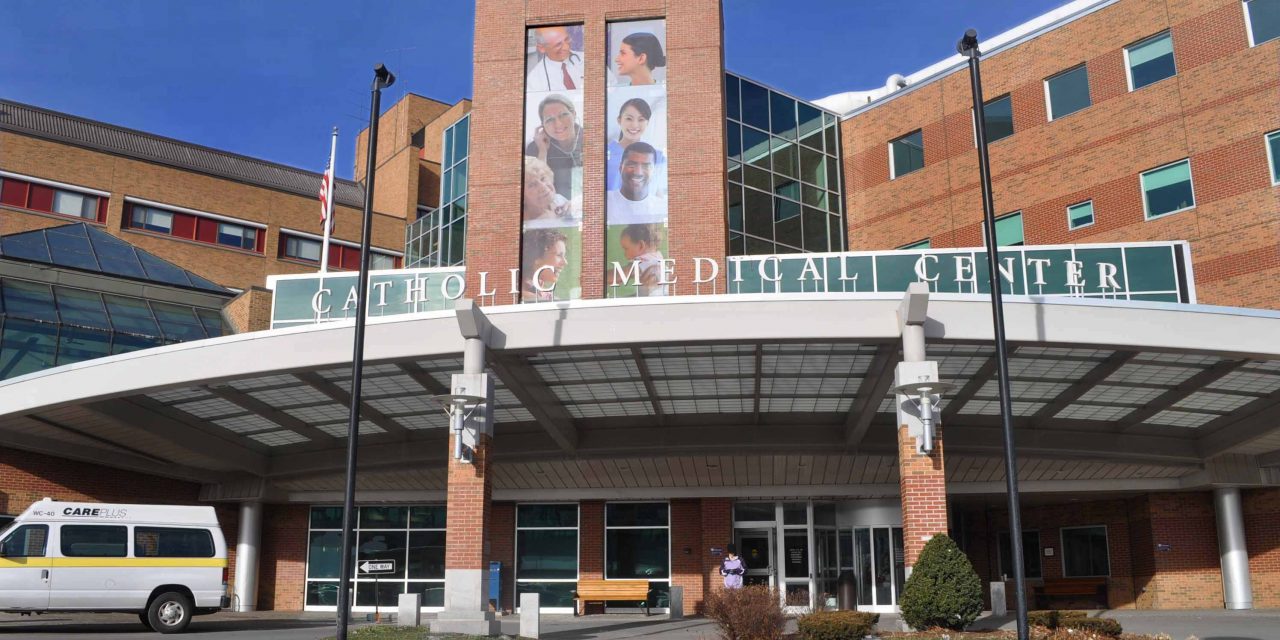 Some time ago, Bishop Libasci requested my opinion on the pending acquisition of Catholic Medical Center by Dartmouth Hitchcock Health.  Today, I am releasing the letter I sent to Bishop Libasci regarding the matter.  As it has been submitted to the Office of the Attorney General as public comment on the acquisition, it is now public record.  Bishop Libasci was told I would be submitting the letter to the AG’s office and invited to discuss the contents prior to public release.  In short, this proposal is no better than the one I vigorously opposed from the pages of the Manchester Express some 12 years ago.  CMC will be taken over by an entity that is not only not Catholic, but one that has shown sustained animus to the Catholic ethic in healthcare.  CMC will clearly be subordinate to the larger organization and will not have a free hand to operate as it sees fit.  The details are below.

The Most Reverend Peter A. Libasci

RE:  Acquisition of CMC by Dartmouth Hitchcock Health

Before the business at hand, allow me to share that while we always pray for you and our priests, my family and I are especially praying for you and all our priests in light of the recent news.  Truth and healing are the focus of our prayers, as is protection and restoration of the innocent.

As to the matter at hand, I specifically chose the word “acquisition” because, in reviewing the documents, that is functionally the outcome of this proposal.  For all the explanations given, I see little difference between this transaction and the one ten years ago.  I also read, with great disbelief, the assertions that, culturally, CMC and DHH are much the same.

Appended to this letter is a series of links demonstrating that DHH is extreme, very extreme on the matter of abortion.  While I appreciate the effort to separate CMC from anything “objectionable” to Catholic moral teaching, there is no separating CMC from the corporate entity that not only holds, but also aggressively advocates extreme pro-abortion views.  Moreover, they train their doctors in these procedures on a breathtaking scale, one that, as I understand it, has residents doing a year of their training at CMC.  By allowing doctors trained to do abortions to serve a year of residency at CMC, CMC is facilitating the work they ultimately will do.  This is material cooperation with an intrinsic evil and morally unacceptable.

It is also worth noting that any space shared by the two organizations, such as the Notre Dame Pavilion, are not bound by the Ethical and Religious Directives of the Catholic Church.  CMC can no more wash its hands of what DHH does in any “affiliated space” than can Pontius Pilot.

Given DHH’s constant advocacy before the legislature on matters of Life and health care that are directly opposed to Catholic moral teaching, the best that can be hoped for is CMC’s participation to advocate the Catholic point of view.  Ultimately, this means the organization might have two points of view before the legislature, making one question how both can be held by the same organization, an organization which clearly establishes DHH as the primary and overriding superior partner, as was the case in the prior attempt to “affiliate with” or otherwise seize control of CMC.

In reflecting upon this arrangement, I remembered a line from the movie The Scarlet and the Black about the Nazi’s painting a white line on the roads encircling the Vatican, presumably to keep the Gestapo out of Vatican City.  The response was that the line was a warning to Vatican City, especially Monseigneur O’Flaherty, to stay within the lines.  Expect Dartmouth to require CMC to stay within its policy lines.

As evidence of this subjugation of CMC in the corporate arrangement, I simply refer you to the document itself which holds as follows:

Ownership and control of every entity in the system is locked in by how the document structures the new DHHGO board as well as the board and leadership of every subsidiary in the organization.  From the document:

There appears to be a very concerning conflict regarding the ability of CMC/CMCHS to stop DHH even when the ERDs, Cannon Law or Catholic Moral Teaching is involved.  Section 3.4.3 states:

“In addition to the powers reserved to CMCHS as described in Section 3.4.2. above, CMCHS will continue to have the sole authority to approve any proposed change to the philosophy, objectives or purposes of CMC and its subsidiaries or of the CMCHS Subsidiaries and their subsidiaries, and any change to its ethical religious standards.  No action that could impact CMC’s name or the Catholic identify of, or compliance with Catholic moral teaching, the ERDS and Cannon Law by, CMC and the CMCHS Subsidiaries may be taken without the prior approval of CMCHS.

Section 5.3.3 pertains to Continuation of Services.  Those that may be impacted by the ERDs, Catholic moral teaching or Cannon Law appear to be off the table.  However, Services, such as the New England Heart and Vascular Institute, appear to be at risk.  Section 5.3.3(b) says the NEHVI can’t be relocated, reduced or eliminated “without the prior approval of the CMC Board, in its discretion.”  With 1/3 of the CMC board appointed directly by the System Board, the remaining 2/3rds of the membership subject to approval by the System Board and the System Board’s ability to remove board members “if the System Board determines, in its reasonable good faith discretion, that such removal is in the best interests of the System” it’s not hard to envision a scenario where it, or other vital core services, could be removed from CMC.

As with prior “affiliation” attempts, the governing structure of the current proposal simply creates DHH as the hegemonic power of the combined entity.  By virtue of its numerical superiority on the System Board, its substantial direct representation on all subsidiary boards and its approval of all other members of all subsidiary boards, the governing structure demonstrates this is an acquisition of Granite One Health by Dartmouth Hitchcock Health.  It’s a take-over of one system by another.

Such operational and financial integration of CMC/CMCHS into a system where it cannot stop or prevent practices that are abhorrent to Catholic moral teaching, the ERDs or Cannon Law makes it complicit in those practices regardless of whether or not they happen within the four walls of CMC/CMCHS.  As an integrated subsidiary, they will contribute to the overall financial and operational wellbeing of the greater entity, thus enabling unacceptable practices.

CMC becomes part of a larger organization that has repeatedly demonstrated its opposition, if not hostility, to the very essence of Catholic healthcare on the essential questions of Life:  Abortion, euthanasia and what constitutes ethical treatment in a variety of cases.  Culturally, these organizations are as different as the governing arrangement is lopsided.

The “protections” of CMC/CMCHS’ catholicly confine its mission to those locations and prevent them from being adopted elsewhere in the system.  This is hardly in keeping with Catholic teaching and, again, reminds me of Msgr. O’Flaherty’s observation of the Nazis painting a line around the Vatican to advise it where not to go.  Moreover, the governing structure, as explained herein using the document itself, gives DHH, via the System Board, tremendous leverage over CMC/CMCHS in meaningful ways, including, but not limited to, budgets and operations.  CMC/CMCHS can do nothing without the System Board’s approval.  They don’t even have the ability to hire their own President/CEO.

The ethical analysis provided as part of this process is flawed.  If CMC/CMCHS is knowingly part of a system that advocates and provides for morally unacceptable services and knows it will be outvoted on every issue that is contrary to Catholic moral teaching, the ERDs or Cannon Law, how can one say it is a morally acceptable combination when its participation and the governing structure is designed to advance the cause and financial wel being of the parent organization?  Saying “it won’t happen within these four walls” is a cop out, especially given what the document won’t allow those four walls to protect against   The governing structure establishes the primacy of the operational, financial and clinical wellbeing of the integrated system.  Therefore, CMC/CMCHS will be DIRECTLY involved in supporting practices that are abhorrent to Catholic moral teaching, the ERDs and Cannon Law.  It simply looks like the National Catholic Bioethics Center did little more than provide the cover its paymasters were looking for to proceed with this acquisition.

The governing structure also seems to violate the provisions of the CMC “Special” Board actions of February 9, 1999, taken after the failed acquisition of CMC by the Elliot Hospital via Optima Health, which reads in part:

Any affiliation should attempt to preserve the local control over the management and governance structure for CMC in the Greater Manchester community…The governance model to be adopted for any future affiliation, to the extent possible, must enable CMC to operate independently and consistently with its mission in a concrete and not simply in a theoretical way.  Accordingly, CMC and any affiliated institution should retain separate and independent hospital governing boards with the charge of maintaining the institution’s identity and charitable mission.  In addition to the establishment of independent boards, each institution must be represented on a day to day level by a hands on management team which reports directly to the respective hospital board.  Each management team should oversee the services delivered at the respective hospital site, with a chief executive officer hired by the hospital board and responsible for directing the management team charged with delivering clinical services at the respective hospital.

It would appear as if the governing structure, where the System Board directly appoints 1/3 of CMC’s board, must approve the other 2/3rds of the members and has direct authority to hire and fire the CMC/CMCHS CEOs, violates these provisions.  I have appended this document for your review.

Bishop Libasci, it appears as if you are the third consecutive bishop to be deceived by those who would either surrender or take by deception Catholic Medical Center.  I urge you to withdraw your support for this acquisition for the reasons listed above, among many others, which I would be happy to discuss.

Thank you for asking my opinion.  Please forgive the delay in presenting it to you.

Read about it at https://www.vnews.com/Upper-Valley-health-care-professionals-protest-abortion-ban-40980320

Here is a capture of the Ryan Residency curriculum from 2017: https://web.archive.org/web/20170226044317/http://ryanprogram.org/sites/default/files/Ryan%20Program%20Milestones.pdf

The Ryan Residency training program is based out of the University of California San Francisco which has been performing horrific fetal tissue research, including creating humanized mice as documented here: https://www.cnsnews.com/news/article/terence-p-jeffrey/hhs-extends-contract-make-humanized-mice-aborted-baby-parts-another 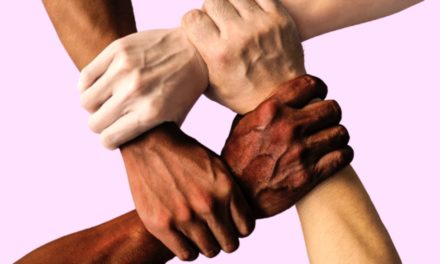