Good everyone.  It’s Good Friday and Christians across the globe have entered the holiest time in their calendar.  Easter is this Sunday, including for those of Orthodox faiths that follow a different calendar than the Roman Catholic Church, which celebrated Holy Thursday yesterday, and Protestant denominations.

With the approach of Easter in mind, Democrats in the New Hampshire Senate failed in an attempt to repeal the state’s death penalty.  The vote on the repeal was tied at twelve.

With Manchester’s top cop brass looking on from the front row of the Senate Gallery, an amendment to the repeal bill offered by Senator Betty Lasky, Democrat of Nashua, to make clear the repeal would not affect those already on the state’s Death Row, but be applied prospectively, was rejected on a fourteen to ten vote.  Lasky called the death penalty barbaric and declared it was time New Hampshire join the rest of the civilized world and ban it.  Senator Sharon Carson, Republican of Londonderry, aired concerns that passing the bill might let convicted cop killer Michael Addison off Death Row.  Others aired their concerns that eliminating the ultimate sanction would send the wrong message to law enforcement and those that would do them harm as New Hampshire’s statute primarily applies to those who kill law enforcement officers.  Pro Life advocates around the state have noted the irony of rhetoric like Lasky’s and that of other Democrats who’ve invoked and stood by the opposition of religious leaders who’ve sought mercy for the guilty who’ve taken innocent life, while, at the same time, advocating for a woman’s right to terminate, without question or interference, the innocent life in their womb, a practice whose barbarism is well document.  These are, after all, the same senators who supported a bill that would ban citizens from picketing, praying or otherwise being outside of an abortion clinic on public property because of the distress it allegedly causes women who are about to imposed a death sentence on their innocent, unborn child.  That bill, by the way, will be heard by the House Judiciary Committee on Tuesday at Ten A M in room 2 0 8 of the Legislative Office Building.

The senate also passed an amended version of the House’s complete ban on the use of electronic devices in vehicles.  The senate okay’d a measure that would ban the use of hand held devices while driving.  The bill will now go back to the House for further consideration.

Finally from Concord, State Rep. Emily Sandblade, Republican from Manchester’s Ward Eleven, dropped us a note to let us know that Senate Bill 2 0 9, which would have altered the Good Samaritan Law to include architects and engineers, failed in the house.  We’d discussed that yesterday in our Public Safety This Week segment with Jim Gaudet, who didn’t think it was a good idea.  I, your ever powerful and persuasive host agreed, which is no doubt why, if you listen to folks like Joe Kelly Levasseur, the measure failed.  Oh, it failed big, too.  See, don’t mess with us!

Bloomberg: Will spend $50 million to make us afraid.

There’s been a bubble of activity in the campaign for the U S Senate.  Former Senator Bob Smith released fund raising records showing he’s collected almost two hundred twenty thousand dollars since late December.  Smith’s campaign also put out a press release connecting rival Scott Brown to former New York City Mayor Michael Bloomberg and his recent announcement that he will spend fifty million of his own dollars to defeat pro Second Amendment candidates in the coming election cycle.  Bloomberg strongly supported Brown’s failed reelection bid in Massachusetts, approving of not just Brown’s stance against so called assault weapons, but also his opposition to laws that would enable reciprocal concealed carry permits.  PUBLISHER’S NOTE:  Senator Smith called in this morning about these items and more!

G O P senate candidate Jim Rubens issued a statement in light of documents showing that former I R S official Lois Learner did in fact collude with Department of Justice officials to target conservative groups for some rough and tough treatment.  Said Rubens quote “Now we know why Lois Lerner took the 5th: to cover for President Obama and Jeanne Shaheen’s complicity in using the IRS as a tool to squelch the free speech rights of conservatives.”  Rubens has also relaunched his Web site and announced several new policy initiatives.  You can get the details at Jim Rubens dot com.

Karen Testerman, also a candidate for the U S Senate issued a statement reflecting the season, urging everyone to pray for the country and those who would lead it in a different direction and Brown continues his Obamacare isn’t working tour.  He was at Central Paper in the Queen City yesterday, highlighting the difficulties Obamacare’s presenting small businesses.

That’s fews from our own backyard, Girard at Large hour ___ is straight ahead! 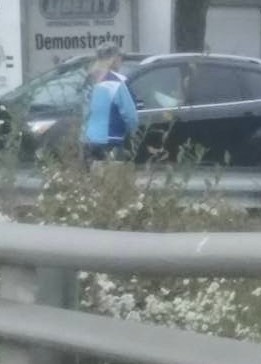