The New Hampshire House Business Coalition, in partnership with the Greater Concord Chamber of Commerce, announced yesterday that they will host a series of business roundtable events with the major presidential candidates from both parties beginning in April.   In announcing the series, Coalition leader State Rep. Laurie Sanborn, Republican from Bedford, said quote  “We want to provide an opportunity for employers and legislators to learn more about the candidates’ specific ideas for improving the business climate and economy,”

The first event will be at noon on Tuesday, April 28th, at the Barley House in Concord.  Carly Fiorina, the former CEO of Hewlett-Packard and a likely Republican presidential candidate will be the first speaker. The event is free and lunch will be served.  Space is limited and RSVPs are required by April 24, 2015.  We’ve published their full announcement with all the details, including how to register, and linked to it from this newscast at Girard at Large dot com.  Click here and here for our interviews with Fiorina.

The New Hampshire Republican State Committee has launched an online petition in support of  District Fourteen State Senator Sharon Carson’s efforts to reform longstanding issues with New Hampshire election laws through Senate Bill 179, which clarifies the definition of domicile and includes a thirty day residency requirement before individuals can vote in New Hampshire.  Quote “People who vote in New Hampshire should live in New Hampshire,” said N H G O P Chairman Jennifer Horn. “This petition is an effort to educate the public on the importance of election law and to gather support for the passage of this critical legislation.  Governor Hassan and her Democratic colleagues should rise above political partisanship and support this commonsense legislation to ensure the integrity of our elections.”

Recently, Secretary of State Bill Gardner stated that New Hampshire has “drive-by voting” and that he has witnessed fraud personally.   Senator Carson worked with Gardner on the bill’s language to ensure that it does not infringe on any individual’s right to vote.  SB 179 passed the Senate and is currently being debated in the House.  Click here for our extensive interview with Gardner on the issues of voter fraud.

Independence Day 2 0 1 5 is coming sooner than you think!  The Rotary Club of Merrimack is pleased to announce the Merrimack Rotary July 4th Pancake Breakfast and Family Fun Day at the elementary school recreational fields on Baboosic Lake Rd will be on Saturday, July 4th.  Details of the day’s events can be found on the official web site which we’ve linked to.  You can also follow the event on Twitter at @Merrimack4th, or “like” Merrimack4th on Facebook.  The Rotary Club and town of Merrimack will provide family entertainment from 8:00 a.m. until dusk including kids’ entertainment, games, bounce rides, food and refreshments, and multiple other activities that make it fun for the whole family.  The Rotary needs help to pull it off, however and is asking for tax deductible business and individual sponsorships, personal donations and volunteers. We’ve published their entire release with all the event details and needs at Girard at Large dot com and linked to it from this newscast so you can check it out and get involved. 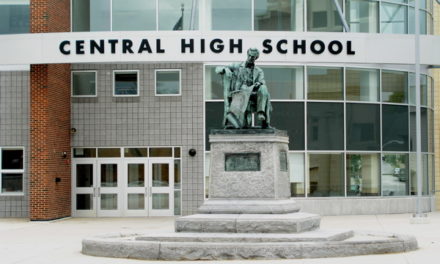