In a recent op-ed, Governor Hassan laid out her reasons for calling a special session of the legislature to deal with the state’s ongoing opioid epidemic, which is directly affecting so many New Hampshire families. Addressing this crisis has been and will continue to be a top priority for the legislature.

A week prior to the Governor’s special session request, House and Senate leaders held a press conference where they presented an array of legislation that would be taken up in an expedited manner when the regular session convenes in January. These proposals aim to bolster the state’s response to the crisis, and include funding for more regional drug courts, improving access to long term recovery services, increasing penalties for fentanyl, and improving the state’s efforts in prevention and interdiction. With broad consensus in the legislature that addressing the opioid epidemic is our top priority, there was no disagreement that a bill could reach the governor’s desk in a matter of weeks, not months, as she claims.

The governor’s recent level of concern is a remarkable change of course from what we experienced this past summer, where millions of dollars in new funding for treatment and enforcement were delayed for 10 weeks by the governor’s veto of the legislature’s budget. While the governor was busy vilifying Republicans for changes to New Hampshire’s business tax code, much needed funding was delayed to the very things she is hoping to support today.

In the legislature’s budget, funding for drug and alcohol treatment and recovery programs was increased by 75% from the previous budget. The substantial growth in dollars budgeted for these types of services was a steadfast commitment by the legislature to help our state respond to the crisis. We had hoped the budget would become law as soon as possible, but the governor’s veto stopped this new wave of dollars from reaching our overwhelmed addiction treatment and behavioral health service providers.

Included in these funds was a doubling of the budget for the Governor’s Commission on Alcohol and Drug Abuse Prevention, Treatment, and Recovery. Because of the delay caused by the budget veto, the Commission could not set or approve their budget until October 23rd. Had the governor let the budget become law in June, her own Commission could have approved their budget in July or August, and the additional dollars could have been utilized months ago, rather than just now reaching programs and service providers.

Also included in the legislature’s budget were funds earmarked for additional personnel in the State Police crime lab. The crime lab is facing an enormous backlog of work as a result of increased drug related crime requiring substance analysis. The legislature listened to the concerns of the Department of Safety and stepped up by fulfilling their request for additional dollars. Due to the governor’s budget veto, these dollars are just now reaching the Department of Safety, and recent reports suggest that postings for new job openings are only now happening this week.

These are just two examples of a failure by Governor Hassan to recognize the important steps forward we were able to make in 2015, and a failure to recognize that her actions impeded the ability of her own executive branch of government to have the resources they need to do an effective job.

Governor Hassan’s change of course suggests that she believes it is now more politically expedient to devote time and resources to the issue than it was in June or July. Rather than focus on the pragmatic policy implications of the legislature’s budget, the governor chose to focus on politically driven talking points provided to her by staff and consultants whose business it is to manufacture disagreement.

During the 2015 legislative session we were proud to not only put forward a statewide spending plan with an emphasis on supporting programs to aid in the state’s efforts to address this crisis, but we also passed legislation that gave first responders greater access to Narcan, passed a Good Samaritan law to protect those who report drug related emergencies, and increased funding for more community based mental health services.

We don’t disagree with the governor that more needs to be done. But, in recent weeks, we’ve seen what a rushed process void of stakeholder input can produce, when the Board of Medicine rejected most of the Governor’s proposed rule changes to prescribing practices. We want to avoid similar situations as we move forward.

The governor would like us to believe that a special session of the legislature is the solution to New Hampshire’s drug crisis when, in fact, it is a deflection of her responsibility as governor. The solution won’t merely be a set of bills that come before the House and Senate. It requires a leader capable of managing the executive branch of government to effectively deploy the resources the legislature has appropriated, and the ability to seek results instead of headlines. Up to this point, we have not seen these qualities manifested by the governor.

The legislature will continue to act in a proactive manner as we have demonstrated throughout this year, and are willing and able to work in a bipartisan, coordinated manner to pass the best legislation we can with the resources we have available. It is up to the executive branch to manage delivery of funds and services, and in turn produce measurable results. 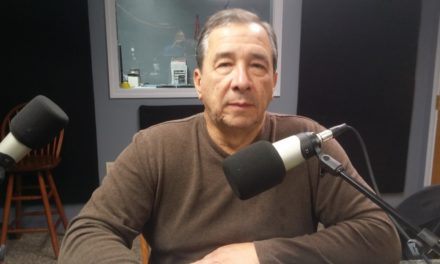 MHT teacher: “Angry, frustrated but most of all sad!”