New Hampshire Attorney General Joseph A. Foster announced that the state, as part of a multi-state effort, has reached an agreement with Volkswagen and its related companies for consumer claims related to tampering with emissions controls.  This settlement is related to a broader settlement with the E P A, the California Air Resources Board and plaintiffs in a class action lawsuit that requires Volkswagen to fix impacted vehicles and provide funds for environmental mitigation.  In total, Volkswagen will pay the state approximately six point one million dollars to settle Consumer Protection Act violations, up to twenty nine million dollars in environmental mitigation, and millions more to fix or buy back impacted vehicles.  Volkswagen will also pay an amount to consumers for restitution.  In most cases, states will receive approximately one thousand dollars for every vehicle sold or leased in the state.  New Hampshire will also receive an additional three hundred forty thousand dollars because it actively participated in the group’s multi-state executive committee.

To pay penalties and government extortion

These settlements are the result of Volkswagen’s efforts to cheat on its emissions testing by tampering with the emissions control devices on approximately five hundred seventy five thousand vehicles nationwide; over five thousand of which were sold or leased in New Hampshire.  The cheating occurred across multiple vehicle models since nineteen ninety six, including Volkswagen, Audi and Porsche.

The Manchester Police Department will host an entry-level police exam on Saturday, August sixth.  The application, which can be found on line at Manchester p d dot com, has a submission deadline of Thursday, July twenty eighth.  To help applicants prepare for the exam, the department will host a free seminar on the evening of Monday, July eighteenth from 6 to 9 at the Walker Auditorium in Robert Frost Hall at Southern New Hampshire University.  Any questions about the exam or the preparation seminar should be directed to Officer Carl Accorto at 7 9 2 5 4 5 2.

Several Goffstown residents have reported being called by people claiming they are from the I R S.  The Goffstown Police Department wants you to know that the I R S sends notices about your taxes via the mail, not the telephone.  They’re asking those who receive calls not to give any information over the phone.  Residents with questions or concerns may call the department for help at 4 9 7 4 8 5 8. 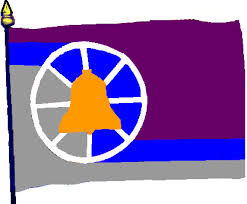 The Milford Board of Water and Sewer Commissioners has banned lawn watering for all town water customers.  This ban is based upon water level monitoring, current system levels and a statement from the state identifying a significant portion of the state as being in a moderate drought condition.  Town residents not on town water are strongly encouraged to limit individual water usage, such as outdoor watering, to protect the water supply through their individual wells and pumps.

The Merrimack Village Water District has also announced water use restrictions.  For those on town water, outside watering is now only allowed from five to eight am or pm on odd and even days based on residents’ house number and date.  So, if you live on the even side of the street and it’s an even day number, you may water your lawns and gardens from five to eight in the morning or evening.  If it’s an odd day and you live on the odd side of the street, then you can water, too.  Officials warn that over use and outside watering on the wrong days could cause them to impose further restrictions on outside watering.

The town of Auburn announced that its tax maps are now available online, in what they’re calling a quote “ very interactive system that combines both the tax maps and the Town’s assessing data base.”  End quote.  On both the home page of the town’s web site and the assessing page, there is now a “C A I Technologies” logo that can be clicked to access the new system.  Beyond tax map information, users are able to activate various map layers, including aquifers, contours, conservation land, flood map, and zoning to name a few.  For those in need of preparing abutters’ lists, the system allows users to plug in a radius to generate an abutters list of any property within that radius.

Manchester’s one hundred seventy one year old City Hall is undergoing the first significant improvements undertaken since its complete restoration in nineteen ninety eight.  As a result of the work, the Office of the Mayor has been temporarily relocated to the Health Department’s offices at fifteen twenty eight Elm Street effective today.  Starting today, the demolition of City Hall East flooring in the common areas and grand staircase will begin.  Access to the Economic Development and City Clerk’s offices will be significantly impacted as customer service staff from the clerk’s office will be temporarily located in economic development office.  Customers who are able to mail or drop off vital record requests are asked to do so to avoid inconveniences.  The clerk’s office will be open during regular business hours and there will be signs and wonders and even people on hand to guide people through the building.  Things are expected to return to normal by mid August.