Muting the Media, Funds for Democratic and Local Elections 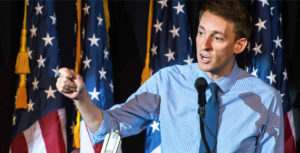 (Hours 3b,c) Rich talked to Kimberly Morin of NH Political Buzz for Politically Buzzed.  Kimberly spoke about Maxine Waters’ attendance in a Democratic event in the Granite State.  They then discussed the money that is used to support Democratic candidates.  Finally, they shared about the candidacy of Kevin Cavanaugh, who wants to make Manchester a Sanctuary City.  Tune in to get all of the details!

(Hour 3c) As Kimberly continued with Rich they resumed their discussion about Kevin Cavanaugh.  They then talked about the voters that attended the event that Maxine Waters attended and the work that Governor Chris Sununu has done thus far.