Corrupt clerks steal identities to give to illegals

Four Massachusetts Registry of Motor Vehicle clerks and two co-conspirators have been arrested and charged with aggravated identity theft for selling fake I Ds to illegal immigrants.  According to reports, which we’ve linked to from this news read at Girard at Large dot com, those arrested on August second by federal authorities were:

Medina:  No papers?  No problem!

According to the U.S. Attorney’s Office in Boston, the R M V workers are accused of selling and supplying authentic documents, including licenses and identification cards, to illegal immigrants in Boston, some of whom had histories of being deported.The illegal operation was initially brought to the attention of law enforcement in October, 2015 when Massachusetts State Police received an anonymous letter stating that a “corrupt R M V employee” was supplying stolen identifications and drivers’ license to illegal immigrants, according to a statement released by the Justice Department.

Prosecutors state that clients targeted in the fake I D scheme included people living in the U.S. illegally, individuals who had been previously deported, and one individual who admitted to previous drug charges.

According to the D O J, the scheme involved a series of transactions.  First, Flako, the dealer, allegedly sold a Puerto Rican birth certificate and Social Security card to Brea, the document vendor, for an estimated nine hundred dollars.  Brea then sold the fraudulent I Ds to illegal immigrants seeking residence in Massachusetts for over two thousand dollars.  In some cases, she also used the counterfeit documents and false addresses to fraudulently register the clients to vote in Boston.

In the final step, according to court documents, quote:

“Brea and the client brought the stolen identities to the Haymarket RMV, where Medina, Gracia, Jordan, and/or Brimage would accept cash to illegally issue authentic RMV documents, including Massachusetts licenses and ID cards.  The clerks also accepted cash to use the RMV’s system to run queries, including Social Security number audits, to confirm that the identities the clients were stealing actually belonged to verifiable individuals.” 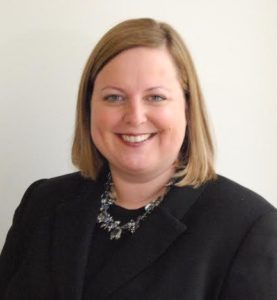 Erin Deveney, Registrar of the R M V, issued a statement about the ongoing criminal investigation saying the allegations were, quote: “troubling and intolerable.”  She said the R M V had, quote

“taken immediate steps to suspend the credentials allegedly fraudulently obtained as part of this enterprise.”

If convicted, all six individuals could face a minimum of two years in prison.

Chief McGillen:  Another call for a wall…

While things have gone haywire in Boston’s Haymarket Square Registry of Motor Vehicles office, things have gotten crazy with Candia’s Crime Wave.  The Candia Police Department put out its monthly activity report.  Last month, department officers pulled over one hundred forty vehicles, issuing a mere six summons and a whopping one hundred thirty four warnings.  They also arrested eight people on a variety of charges ranging from drunkenness to domestic violence.  All but one of those arrested was from out of town, prompting Police Chief Mike McGillen to renew his call for a wall to be built around the tiny town, which the Board of Selectmen has, so far, resisted.  (Memo to those without a sense of humor, Chief McGillen has never advocated to build a wall around Candia to keep people out, though we’re sure he’d like to.) 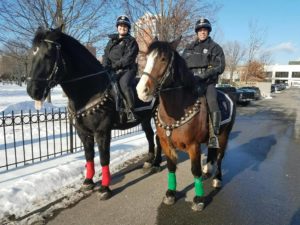 MPD: Why not ride these instead?

While the Hooksett Town Council will contemplate purchasing two new Ford Explorers for its police department on Wednesday night, Manchester Police Chief Nick Willard just had carbon monoxide detectors installed in all twenty three of the Ford Explorers owned and operated by Manchester Police Department.  Apparently, there’s been a problem with officers being poisoned by the odorless, colorless, noxious gas Explorer “cruisers” across the country.  Rather than wait and see if there’s a problem, Willard ordered the detectors installed, according to a release issued by the department on Friday.  Willard said the safety of the officers was his primary concern.  No mention as to whether or not Ford was going to pick up the tab, which was undisclosed in the release.  Maybe they should just drive with their windows open.  Who knows. 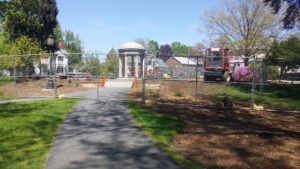 The trustees of Wagner Memorial Park, a k a Pretty Park, have announced the completion of phase one of the picturesque park’s restoration.  To celebrate and show off their good work, they’ve announced an open house on the evening of Wednesday, August sixteenth from six to seven.  If it rains, the event will be Thursday the seventeenth at the same time.  The improvements included replacing overgrown and ailing plants, construction of a new plaza, bench upgrades and the creation of a new walkway leading to the park’s iconic domed memorial gazebo, among many others too numerous to mention here.  Phase one cost about two hundred thousand dollars and was funded by the Edward Wagner and George Hosser Scholarship Fund set up by the park’s founder, Ottilie Wagner Hosser.  Phase two is expected to begin in the spring will focus on the remaining third of the park.